A couple of new Beatles book titles have come into the collection. Two were from a visit to the very well-known Berkelouw Book Barn in the Southern Highlands of New South Wales (in Australia). Berkelouw’s offer a huge selection and sell both new, second-hand and rare books. The two titles we found there recently are both “pre-loved”. First up was John, Paul, George, Ringo & Me – The Real Beatles Story by Tony Barrow: 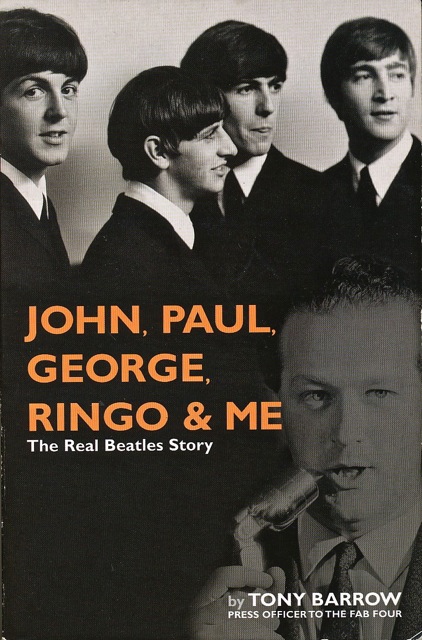 This book is the paperback version and was released in 2006 by Andre Deutsch publishers. Barrow of course was a Beatle insider who served as their Press Officer throughout the height of their fame. As such he brings a unique view of the band, from the birth of Bealtemania through to the establishment of the Apple Records company. As with many others, Apple meant that Barrow and the Beatles parted ways. Google has one of those look inside pages if you would like to see more on this book. 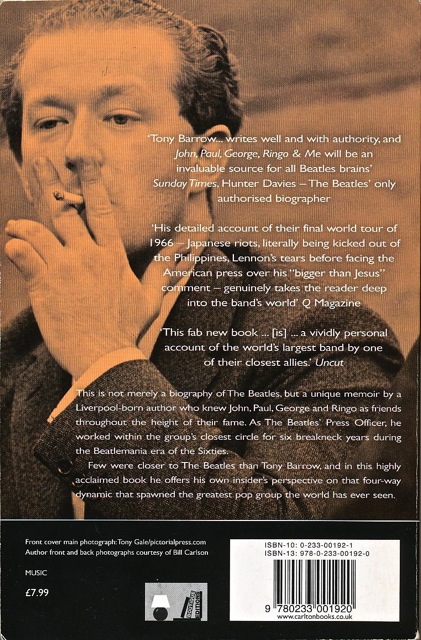 Next book up was a biography of Paul McCartney which we hadn’t seen before:

Like the Barrow book this hard back also came out in 2006. It is published by Century Press (a division of Random House) and this is the Australian edition. Christopher Sandford is a prolific music writer and biographer, having also penned books on The Rolling Stones, Bowie, Clapton, Jagger, Sting, Springsteen and Kurt Cobain. I haven’t delved into the book yet, but some initial research using the web on this book doesn’t auger well. It is clearly not that well-liked by the fans….

FYI here’s another of those Google links so you can have a look inside Sandford’s McCartney if you wish to check it out more for yourself.

We also recently ordered online a copy of Jude Southerland Kessler’s latest instalment in her ongoing John Lennon project and it arrived safely in the post a couple of weeks back. She Loves You is Volume 3 in Jude’s ambitious nine-volume series on the life of John Lennon. It has only just been released and the timing is perfect because this book takes us right up to the Beatles US invasion – now being celebrated across this 50th anniversary year:

Southerland researches exhaustively and writes biography in the style of a novel, telling Lennon’s life story like an unfolding drama. She tries to get beyond merely what happened when and into the complexity of his character, relationships and career. Like the previous two volumes, She Loves You is a very thick and weighty paperback. It is published by On The Rock Books. When you put the three volumes produced so far side-by-side they are impressive:

Each book has taken two to three years to complete. By the time we get to Volume 9 in the series we’ll need a very sturdy bookshelf to display them! Jude’s Facebook page is here.