Paul McCartney’s work on Destiny, the long-awaited new blockbuster in the video game world, made its public debut when the game hit store shelves for the first time earlier this week: 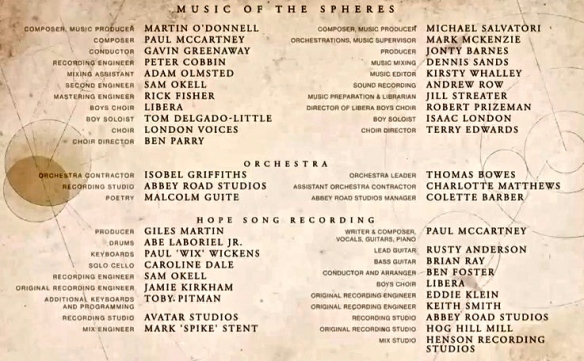 As you can see in the screen grab above, there are two main McCartney contributions. There’s his joint composing credit (with Martin O’Donnell) for the instrumental passages used throughout the game called “Music of the Spheres”, and there’s a new song recorded specifically for the game which is played across the extensive closing credits – much like those at the end of a movie. That song is called “Hope”. Produced by Giles Martin, and utilising members of McCartney’s current touring band, the song was recorded in Abbey Road and at Sir Paul’s own Hog Hill Mill studio in East Sussex, England:

It has been confirmed on McCartney’s official site that “Hope” is to be released as a single, but no date has been announced yet.