Is Apple doing a limited reissue of The Beatles Stereo USB?

The UK online store Spin CDs has just listed it, with a release date of 30 October…… 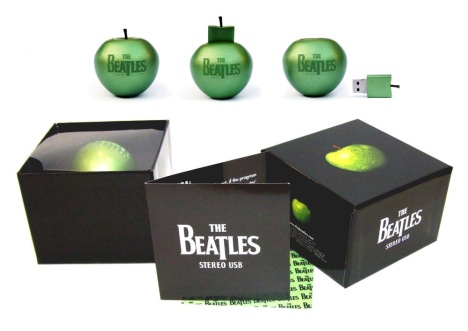 Details on their site are sketchy so if anyone else knows about this let us know.

Originally issued in December, 2009 as a limited edition of 30,000 units, the small metal Apple contains a USB drive with all 13 of the band’s studio albums, plus all the Past Masters songs. Also included are the 13 album mini-documentaries which came with the remastered CDs, and the complete digital booklet artwork. The USB has all songs in stereo in both FLAC format (24 bit 44.1 kbps) and MP3 (320 kbps).

4 thoughts on “Apple to Reissue The Beatles USB?”