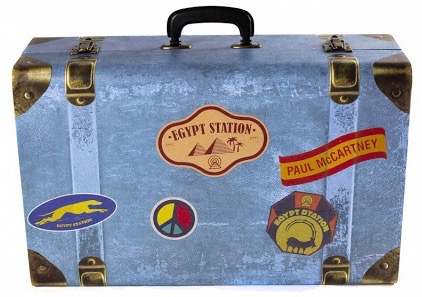 The long-expected super deluxe expanded edition of Paul McCartney’s Egypt Station is finally on its way.

It’s called the Egypt Station – Travellers Edition, and comes in a stickered suitcase as a limited edition of 3,000 worldwide. Release date is May 10.

Paul has confirmed the release of the Egypt Station – Traveller’s Edition box set out 10th May via Capitol Records. This strictly limited deluxe edition of the #1 album Egypt Station will be a one-time-only pressing limited to 3,000 numbered cases. The Traveller’s Edition arrives in a vintage style suitcase and contains exclusive previously unreleased tracks, hidden rarities and all the essentials needed on your journey to Egypt Station and beyond.

Pre-order begins Friday 15th February at 6am PT / 9am ET / 2pm GMT. Due to the limited quantity of this edition, sales will be on a first come, first served basis.

No word on price yet, but expect around £315, €350 or US$360. The Daily Beatle site is saying that on May 17 the additional audio content will be released separately in a cheaper package, without all the goodies. 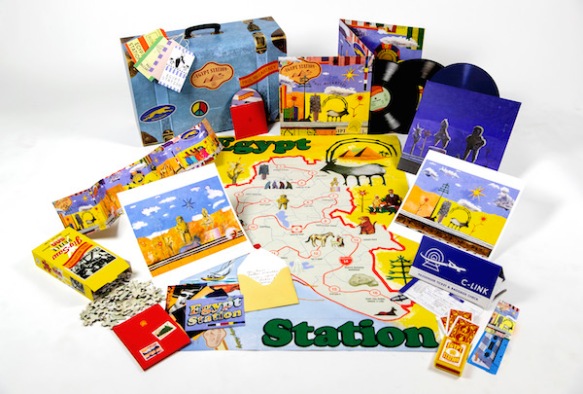 There is a short “unboxing” style video doing the rounds on social media:

Paul has confirmed the release of the 'Egypt Station – Traveller’s Edition' box set out 10th May. This strictly limited deluxe edition of the #1 album #EgyptStation will be a one-time-only pressing limited to 3,000 numbered cases. PRE-ORDER INFO: https://t.co/4UICqbVuvH pic.twitter.com/Cj8NZWzfWG