A recent trip to Melbourne (capital city of the Australian state of Victoria) turned up some more Beatle-related treasure in the form of some nice vinyl singles. (Click here for the results of our previous visit).

Some of these titles we already had, but in pressings from different countries. The others definitely fill some gaps in the collection. As always, click on the images below to see larger versions.

The first two we found were at a flea market – and going very cheaply. Mary Hopkin’s ‘Goodbye’ was produced by Paul McCartney and released in 1969. This one is the UK release: 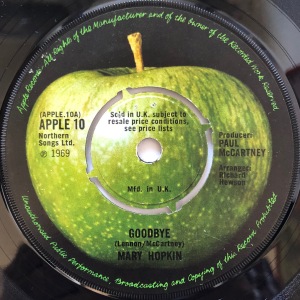 We already had two other versions of this. The US release – in a picture sleeve: 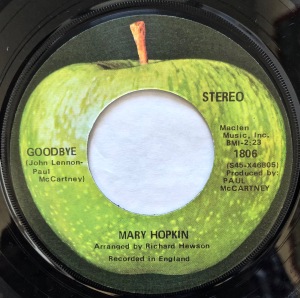 And the Australian pressing, with two different label variations. One with a Northern Songs publishing credit stamp, and one without: 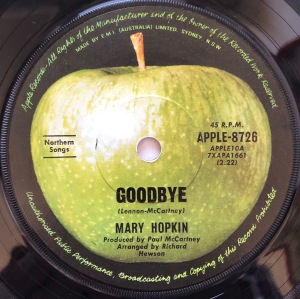 The other find at the flea market was also a UK pressing – of the Radha Krishna Temple’s ‘Hare Krishna Mantra’, also from 1969: 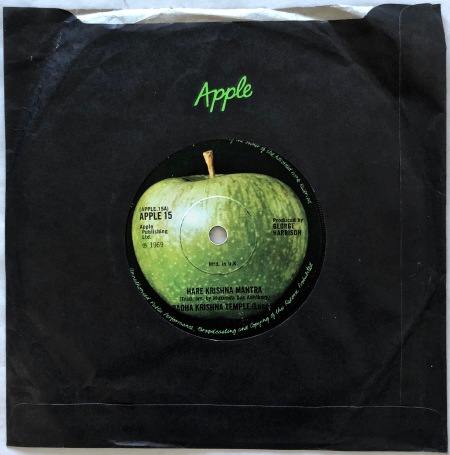 The pressing we already had of this is probably more rare. It’s the Australian pressing, also nice to have:

After the flea market we headed over to one of our favourite second-hand record haunts, Licorice Pie Records. As usual they had a good selection of used Beatle and Apple artist 45’s. Like this one, an Australian pressing of Paul McCartney and Wings from 1974 with ‘Mrs Vandebilt’: 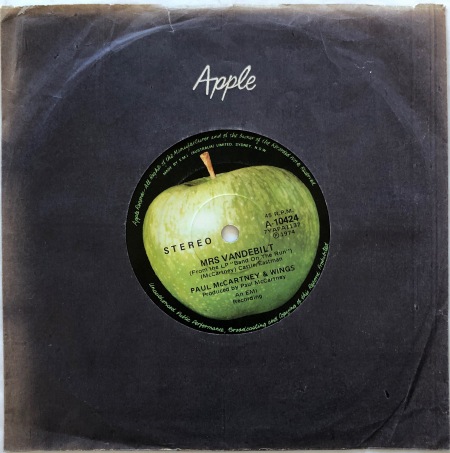 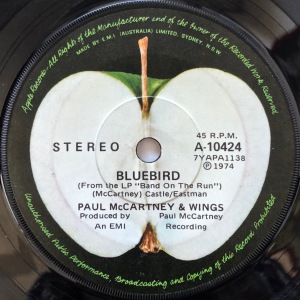 Despite years of collecting, this single was not in the collection – so it was a good find. As was this next one – Badfinger and ‘Baby Blue’ (again an Australian pressing): 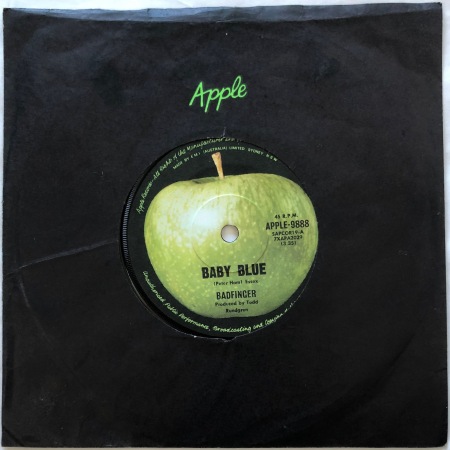 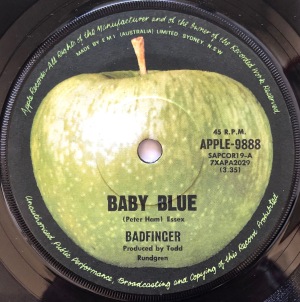 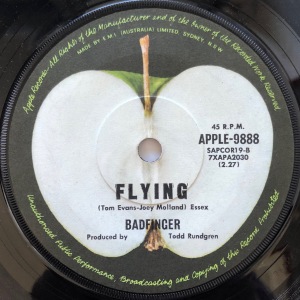 Paul McCartney’s brother Mike McGear released an album in 1974 simply called McGear. On it he had a lot of help (and songs) from his older sibling and members of his brother’s band, Wings. The McGear album is set to be reissued on June 28 on 180 gram vinyl and on a CD + DVD set (with lots of rarities included). The original album saw this single issued with a non-album track on the flip side: 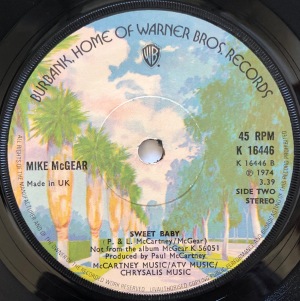 Note the McCartney producing credit and the Paul and Linda writing credits on both songs.

The next year, Warner Brothers issued another single, only this time the non-album track (‘Dance the Do’) was the A-side, while the B-side was taken from the McGear LP: 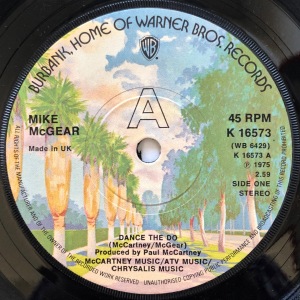 So, all in all a successful trip. Next post we’ll detail the LPs we found.

1 thought on “Digging For Some Beatle-Related Singles”