A couple of weeks back we got the chance to re-visit the harbour city of Newcastle in New South Wales. We’ve previously scored some Beatle goodness there (click here, and here) and this time was no different.

The first item came from Rices Bookshop on Hunter Street: 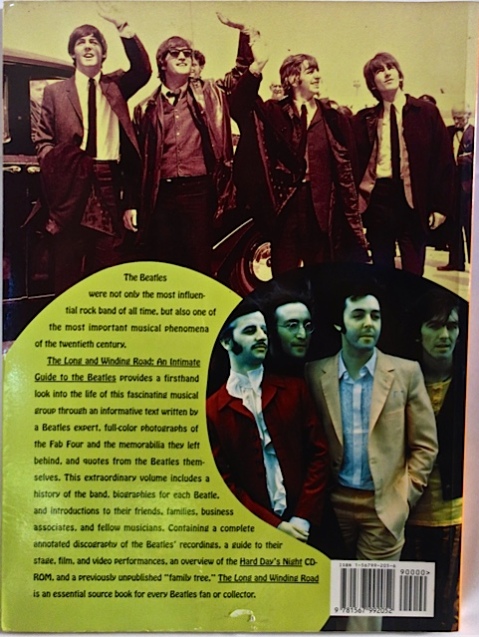 The Long and Winding Road – An Intimate Guide to the Beatles is a soft cover book (124 pages) by Ted Greenwald*. Published in 1995 in the USA, it details the history of the band from different perspectives. There are biographies, discographies, details of major stage appearances, films, significant books, as well as details about Beatle family and friends. As you can see, the layout inside is rudimentary, but there is a lot of information here: 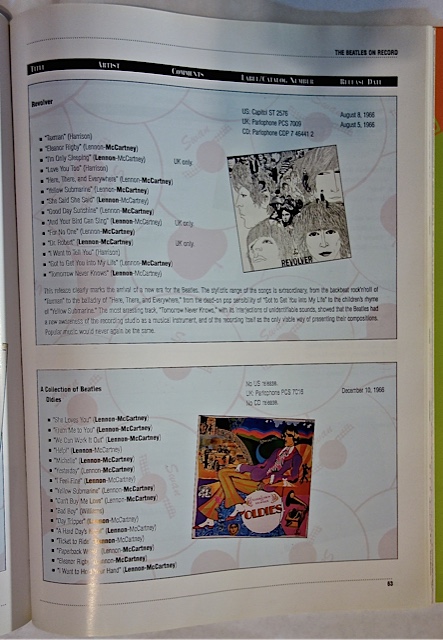 The book is mostly chronological and there are lots of Beatle photographs, record cover images, and examples of memorabilia inside: 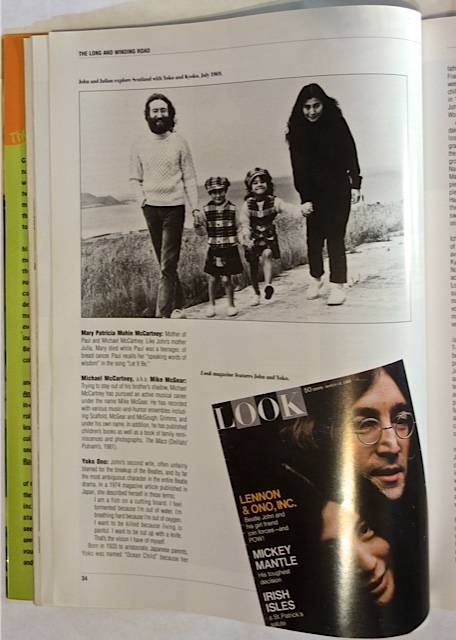 Just up the road from Rices is the Indigo Bookshop. They usually only sell second-hand books, but this visit they also had some boxes of used LP’s on display which we’d not seen before. In one box we found this little Beatle-related rarity: 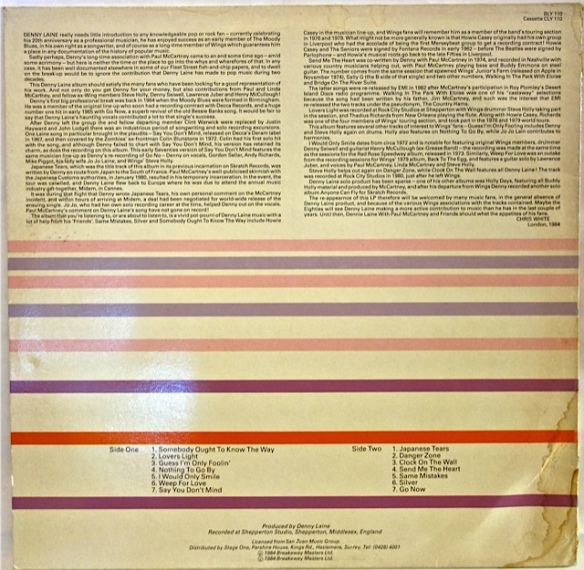 As you can see this example has some water damage to the cover (which looks worse in the photo than in reality), but the vinyl itself is in mint condition. Denny Laine of course was a long-time McCartney collaborator and member of Wings. It’s no surprise then that Paul and Linda McCartney feature on a number of tracks of this 1984 solo album by Laine. Also represented are fellow ex-Wings members Steve Holly, Denny Seiwell, Lawrence Juber and Henry McCullough.

The song ‘Send Me the Heart’ was co-written by Laine and McCartney in 1974 and has Paul on bass. It was recorded during the same Nashville Wings sessions for ‘Junior’s Farm’.

‘I Would Only Smile’ was made at the same time as the sessions for the McCartney/Wings release Red Rose Speedway (1972). Similarly ‘Weep for Love’ was an out-take from the recording sessions for the Wings 1979 LP Back to the Egg. It features backing vocals by Paul and Linda.

So, once again the second-hand stores of Newcastle come up trumps!

* Ted Greenwald is also the author of The Beatles Companion – The Fab Four in Film, Performance, Recording and Print, published in 1992: 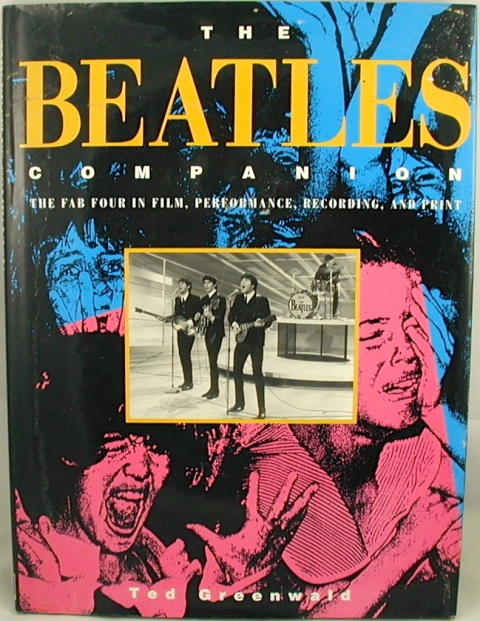