As part of the forthcoming The Beatles: The Singles Collection box set due on November 22, Apple Records has once again teamed up with the Pro-Ject turntable guys to produce a Beatle-themed turntable so that you can play your new 45rpm box set discs:

In a Beatle USA webstore exclusive to celebrate the release of The Beatles: The Singles Collection, Pro-Ject Audio Systems will be releasing “The Singles Turntable”.

The record player deck features a collage of all the original Beatles single sleeves. The unit will be based on Pro-Ject’s award-winning Debut III model but will feature the following upgrades:

Check out our article on all the other Beatle-related turntables that Pro-Ject has produced.

There’s another Beatle-themed turntable out there:

Turntable manufacturer Pro-Ject Audio Systems, in association with Universal Music, has launched a Beatles White Album model to help celebrate the 50th anniversary of the release of the legendary recording.

Based on a Pro-Ject 2Xperience SB model, the limited White Album version really is all-white, down to the platter, tonearm, switch gear, and even a specially produced white-bodied Ortofon 2M cartridge pre fitted at the factory: 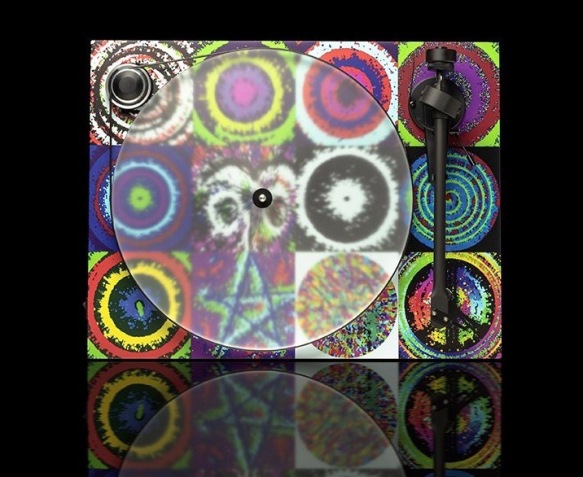 The Beatles White Album turntable is limited to 500 pieces worldwide. It looks to have a limited edition number stamped on it, just like the original LP covers did back in 1968, but it’s not clear if these are individual or not: 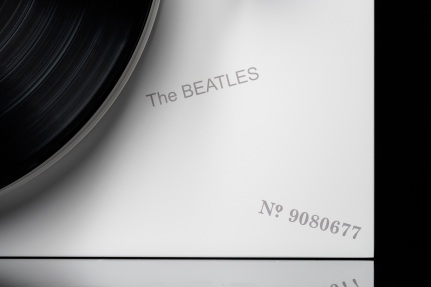 The Pro-Ject White Album Limited Edition is up at the higher end of Pro-Ject’s turntable offerings and retails for US$1799 (and in Australia for $2699). You can read the official press release here.

There was a fair bit of interest last week in the George Harrison Pro-Ject Essential III turntable, announced in conjunction with the big vinyl box set out on 24 February. It will retail for £429.00:

However, there was less of a hullaballoo just last December when Pro-Ject also announced a similar Beatle-themed turntable – a decorated Debut Carbon Esprit SB retailing in the USA, only at Best Buy stores, for US$599.00 (that’s about £483.00): 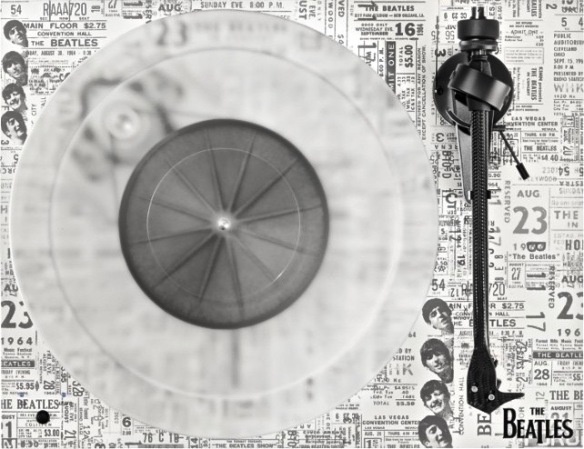 The general consensus online is that the Beatle artwork used for this one is fairly drab. It’s meant to commemorate the historic 1964 U.S. tour, with ticket stubs from the legendary tour dotted across the plinth.

By the way, the Pro-Ject Essential III in non-Harrison form sells for a suggested retail price of £279.00, and you can read more about its features here.

The Pro-Ject Debut Carbon Esprit SB in non-Beatle form sells for around £449.00, and you can read more about its features here.