I’ve been very patiently awaiting the arrival (from Amazon in the US) of my copies of “McCartney” and “McCartney II“.

I’d ordered the Deluxe hard back book versions of both titles, along with the 2 LP set (got to have the vinyl!), and the Special Edition CD packs as well. (I had already purchased locally the single CD versions which are only being released in certain markets).

These were all ordered online on May 24th. They were officially released on June 14th, and then had to make the LONG journey via the postal service down under to Australia. I didn’t receive them until last week – on July 12th. That’s almost a two month wait….

As they they were very heavy, I got a notification in the mailbox that had to collect them from the local Post Office. I’ve got to admit when I saw the box my heart sank. As you can see below it was pretty bashed around. On that two month journey it had clearly been thrown around and had frequently been at the bottom of piles of other packages. Postal workers obviously don’t have much regard for “Fragile” and “Handle With Care” stickers. I was particularly  worried about the two LP sets in there. They are the most fragile. Could they have survived intact? 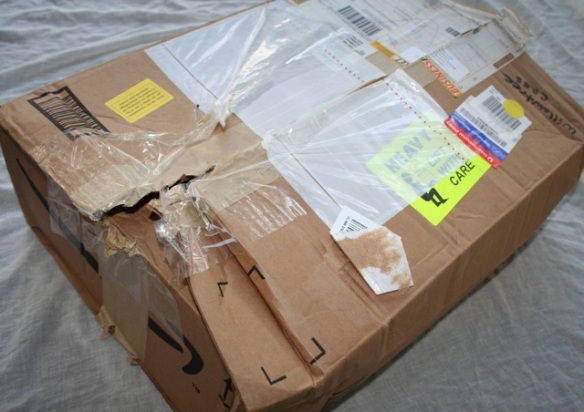 With great trepidation I opened up the box, expecting the worst. Inside there was just a minimal amount of padding:

Thank goodness Amazon had individually sealed the LPs in their own special LP mailers and this really helped. There were two of them, essentially sitting in their own protection at the bottom of the box. The strong cardboard mailers had done a great job of protecting the most fragile of the contents. Thanks Amazon! 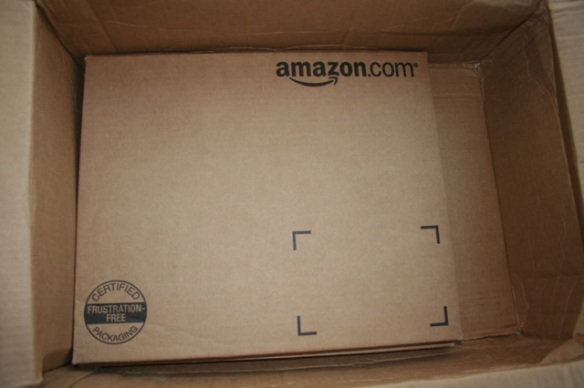 These sealed cardboard mailers are great and had clearly been individually pre-packed in bulk by Amazon for the McCartney re-issues. They both had special stickers with the contents on the outside:

All the other precious contents had miraculously survived too:

I actually think that the heat shrinking Amazon uses also plays a big part in protecting CD’s and LPs – especially when they’re being thrown around in transit. The two limited edition Deluxe hardback book versions are sealed and have a sheet inside the shrink wrap detailing the contents:

So, I now have a complete set of the new McCartney releases. Safely, but only just, delivered half way around the world.