I’ve been a bit slow in telling you about some of the supporting websites and background info around two of the latest Beatle-related releases – Paul McCartney’s “Ram” reissues, and “Yellow Submarine” which is now out on BluRay, DVD and CD. 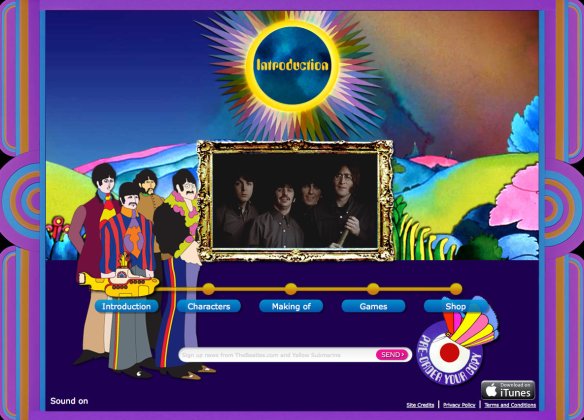 On the Yellow Submarine site there is a wealth of interactive material like photos, games, movie dialogue, sounds and “making of” videos. Well worth a look.

There’s also a range of great things out on the web now about the reissue of Paul McCartney’s “Ram” album:

Paul’s people certainly have been busy in producing supporting web content for “Ram” with not one but two dedicated websites: 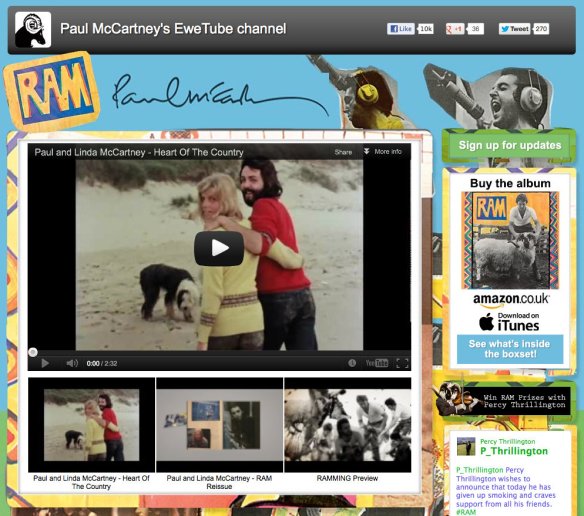 In the Deluxe Box set of “Ram” you also get the 1977 orchestral/instrumental version of “Ram” that Paul put out under the pseudonym of Percy “Thrills” Thrillington: 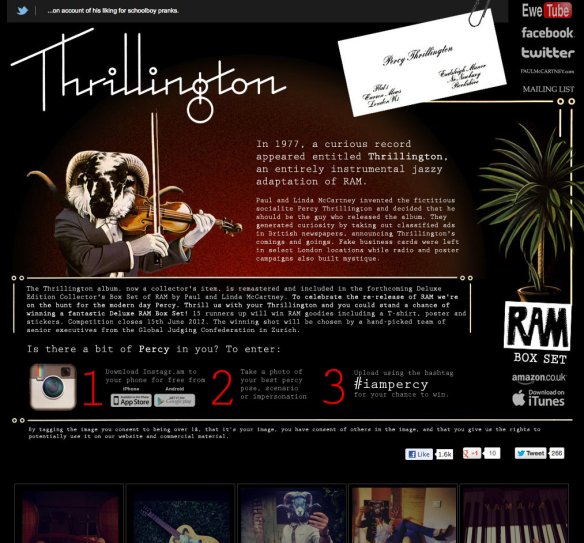 There’s also a very interesting and insightful interview with McCartney by Paul Draper from the band Mansun. It’s not only about “Ram” but a wide range of other things. One great example is Paul talking about his early influences as a songwriter:

What I take the influence back to was A Teenage Opera. That was a very early record in the late 60s, by Keith West… it was his only, like, big hit. That was episodic, there was a bit and it went ‘buh-buh-bum’, then it went there, and there, and there [Sir Paul makes some stacking gestures with his hands]. I think that was the first record I heard, and we heard, and we thought ‘that’s interesting’. You can have a song here, then you can cut like a film to another song, and you can even cut the tempo and go slow and so on. That was really the one that was the biggest influence, and then lots of people started doing it. We’d do it a bit, prog-rock did it, Townshend started doing it a bit, The Who opera and all that. I think it was just that one record that made you realise that it didn’t have to be the same tempo or the same key all the way through, you could cut like a film.

You can read Part One here, and Part Two here. There are links to musical examples given throughout.

Oh, and this kind person has added a “Ram” Deluxe Edition “unboxing” video to YouTube: