A recent post featured some Apple and Beatle-related 45 singles found on a recent crate digging trip to Melbourne. Here are the LPs found during that same trip.

In the early 1980s in Australia and New Zealand the Polydor label issued a series called Rock Legends. Included were a range of artists as diverse as Jimi Hendrix, The Easybeats, The Velvet Underground, Maggie Bell, The Allman Brothers, Thunderclap Newman and Roger Daltry – to name a few.

Polydor Records has long held the rights to the earliest of all Beatle studio recordings. Made while they were as yet unknowns in Germany in 1961, the band was enlisted to back Tony Sheridan, a singer they’d fallen in with while playing the clubs in Hamburg. At the Sheridan sessions they got to record a couple of cover songs themselves, and those tapes have been a goldmine for Polydor ever since. The label could therefore include in its Rock Legends series many years later a coveted Beatle title. It is of course a record that has seen many an iteration around the world, but this version of it is unique to the Australia/New Zealand market.

What we have here though is a little bit different again – it is a re-issue of a re-issue. Once the Polydor Rock Legends albums had run their course the budget Australian music publishers, the Rainbow Music Group, somehow acquired the rights and put out the Beatle recordings one more time on their own Rainbow label. It has the very same cover art (front and rear) as the Polydor release, just the labels are different: 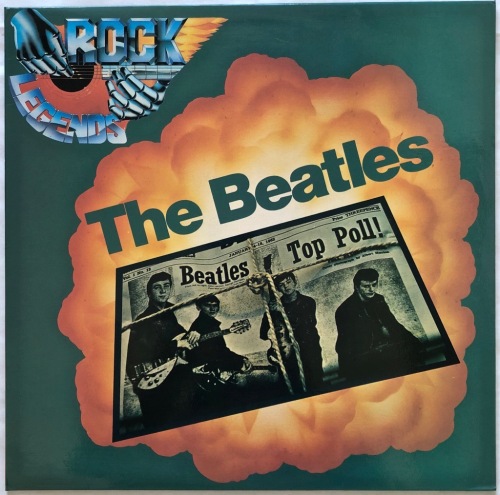 Rainbow seems to have picked up a few other Polydor artists over the years because in 1976 they released Ringo Starr’s Rotogravure album too.

Quite coincidentally we also stumbled across a nice Japanese pressing of the very same material –  but this time on Polydor. It has the exact same track listing and running order as the Rainbow release above, but on the original Polydor label and in a thick cardboard gatefold cover, with an insert:

And the insert, front and back: 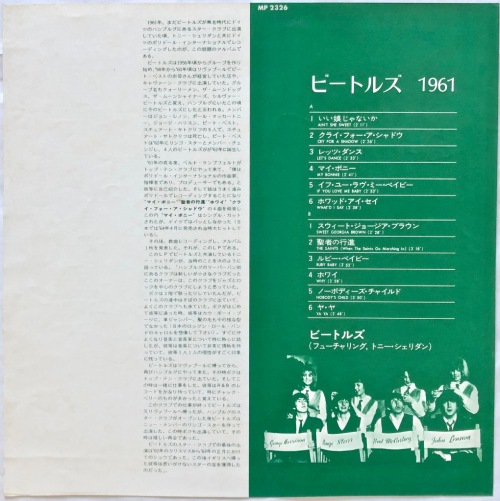 Sadly the OBI is missing, but otherwise this record is in great shape.

For some time now we’ve been on the lookout for a couple of early Beatle albums on the Capitol label with cover artwork unique to the Canadian market. There are three main titles that qualify: Twist and Shout, Long Tall Sally, and this one – Beatlemania! 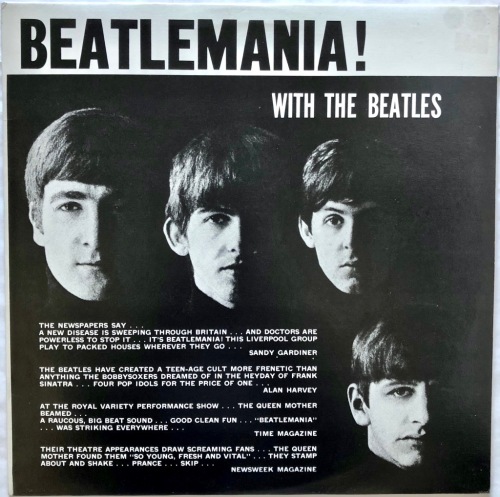 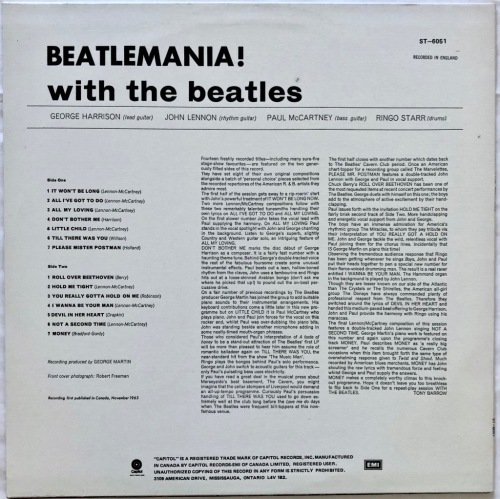 Of course this one isn’t a first pressing (it originally came out in 1963 on the Capitol ‘Rainbow’ label). The purple Capitol label dates this example to around 1978. It was pretty hard to resist though as it is in near mint condition. If you’re interested in Canadian pressings have a look at The Capitol 6000 website which is terrific.

Finally, a record that we’ve wanted to have in the collection for some time – and quite surprisingly discovered what is probably a more rare Australian pressing: 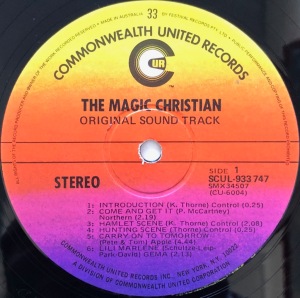 This is the film soundtrack to The Magic Christian, starring Peter Sellers and Ringo Starr. The movie was released in 1969 and featured songs by Apple recording artists Badfinger, one of which (‘Come and Get It’) was written and produced by one Paul McCartney.

(As usual click on the images to see larger versions)