Its either a cynical marketing exercise in the lead up to Christmas, or a really helpful move for those who can’t afford the steep asking price of the full Remastered boxed sets…

EMI in Europe has announced it is issuing (on 7 December) a limited edition boxed set of four of the new stereo remasters called The Beatles Christmas Pack. 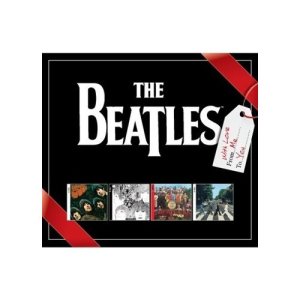 Each album will include the bonus “Making Of” video that uses exclusive original footage from the Beatles’ own archive plus other rare footage and voice-overs by the Beatles and George Martin.