I wrote earlier this month about a special limited edition John Lennon release for Record Store Day which is on April 17.

At the time not much was known but since then some more detailed artwork for the project has come to light. The three singles will be housed in a paper “bag” with three postcards and a poster. 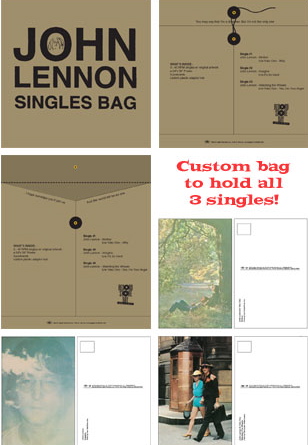 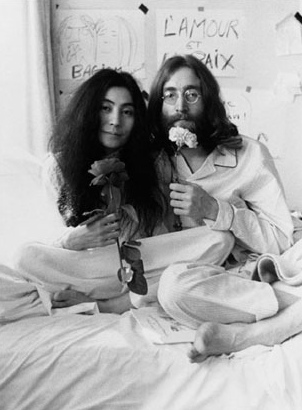 I got these images from a New Jersey record store site called “Vintage Vinyl” – so thanks to them. Their site is interesting because it reveals the huge number of other special releases for the day. They’ve got a page full of limited release or specially produced product just for Record Store Day, including items from Bruce Springsteen, Bon Ivor and Peter Gabriel, Neil Young, the Sex Pistols, and the Rolling Stones.

(Incidentally, Vintage Vinyl have that special Beatles Remastered gift box I wrote about in January. On their front page they have have a link to a deal where you can buy any 2 Beatles Remastered CD’s and get the box thrown in free).