This is a collector cover – one released just for subscribers to the magazine, something that publishers seem to be doing lately to get people to buy product from them rather than just down-loading or getting a copy from the newsagent. I think the newsagent copy will look like this: 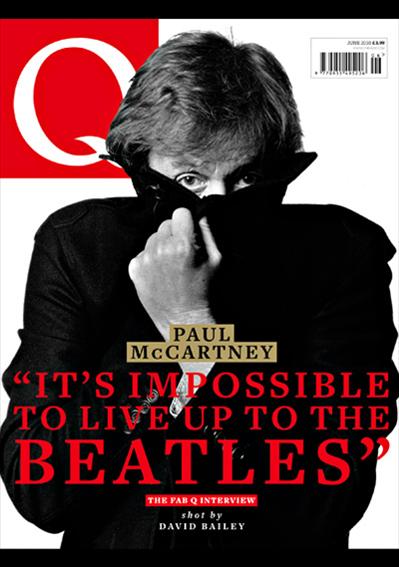 The magazine contains a 26-page special feature on Paul McCartney – and its highly recommended reading. The dramatic cover photo(s), and some shots inside, are by David Bailey – who is not new to photographing the Beatles. His work in the Sixties helped define the decade – Swinging London in particular – and he photographed the Beatles from time-to-time. Here’s a photo he took a LOT earlier: 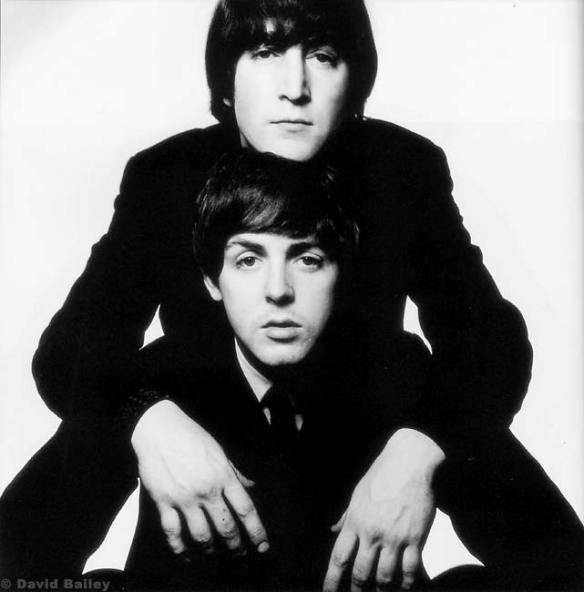 Inside the current “Q” magazine Editor-In-Chief, Paul Rees, gets to spend a month on the road with the man, interviewing him in England and the USA. We get a look at some really interesting and previously un-seen Linda McCartney photographs, and there’s a couple of pages about Paul the avant-garde member of the Fab Four. This is followed the likes of Brian Wilson, Chris Martin, Jamie Callum, Dave Grohl and Paul Weller, to name just a few giving their favourite Paul song recommendations. And finally an in-depth feature on what happened to Wings in Lagos, Nigeria during the making of 1973’s “Band on the Run”. Some really scary stuff….not the greatest place to choose to record an album, but what an album it turned out to be.

One of the best sections in the magazine is the one featuring the many rare photos by Linda McCartney. This one, of McCartney sitting on a straw bale at his farm in Scotland in 1978, is previously unpublished:

The other one I really like is a candid photograph taken during the shoot for the famous “Abbey Road” cover. The caption says: “McCartney and band banter with passer-by in a shot documenting The Beatles’s Abbey Road cover session on 8 August 1969. Note Macca’s sandals, which he’d remove for the iconic final cover picture”:

Its all pretty good stuff and I reckon well worth the cover price (no matter which cover you get).