I came into the possession of two more Beatles books this week.

I wasn’t actually looking for them – they came looking for me. As I’ve posted earlier, we’ve recently visited Vietnam. It was my wife’s birthday this week and so I thought a Vietnamese cookbook might be popular. I went along to my local discount bookshop – but no Vietnamese cooking books were to be seen. However, in the Music section (a frequent haunt) I found these two Beatles “picture” books, both by the same publisher, both in the same format, and both only AUS$7.95 (US$7.28) each. Who could resist? 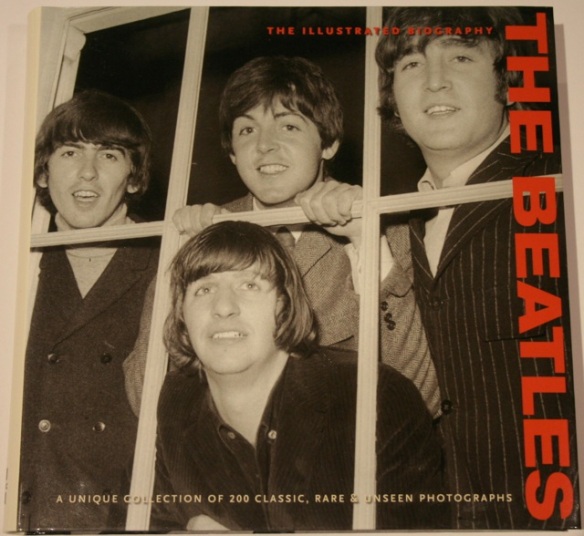 The sub-title reads: “A Unique Collection of 200 Classic, Rare and Unseen Photographs”, and that’s pretty much what this book is. It’s a photographic step through the career in photographs. Part One is called “Four Lads From Liverpool”. Part Two is called “The Long and Winding Road”. Text is provided by Tim Hill, Alison Gauntlett, Gareth Thomas and Jane Benn. It’s published by Transatlantic Press in Britain in 2009. 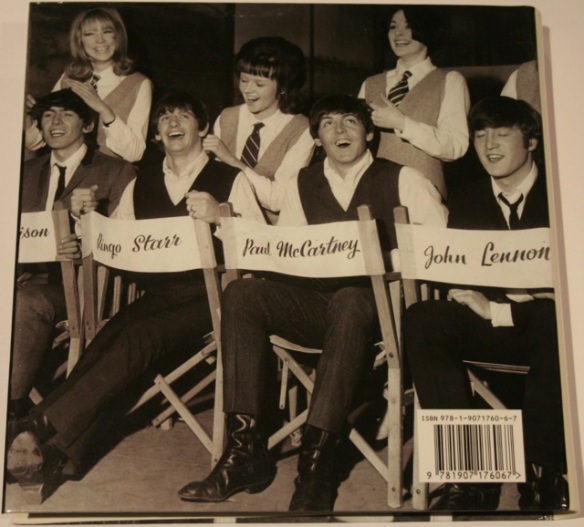 These sorts of books abound – with many of them published in a variety of formats and all using the Daily Mail library of Beatles photographs. This book is no exception. The photographs are all credited to Getty Images, but I suspect they are all pretty much from the Daily Mail archive – just re-packaged. I must say though that this one is nicely presented in black-and-white and in colour, and worth having in the collection.

Here is a random open page from the book:

What you can see is a series of two colour shots taken on location in May, 1965 during the filming of the movie “Help”. Clearly the group are in downtime, waiting no doubt for a scene to be lit or some technical problem to be sorted out at Cliveden House in Buckinghamshire. The text talks about the Beatles the previous evening having attended Royal Albert Hall in London to watch a performance by Bob Dylan, whose song-writing was proving to be a big influence on John Lennon at this time.

This little Beatles book is accompanied by what is clearly a companion publication by the same publisher (Transatlantic Press) –  a book called “John Lennon – The Illustrated Biography”:

It’s sub-title is “200 Classic, Rare and Unseen Photographs by the Daily Mail” – so clearly it is a re-packaging of many previous books along the same lines. Here’s the rear cover image: 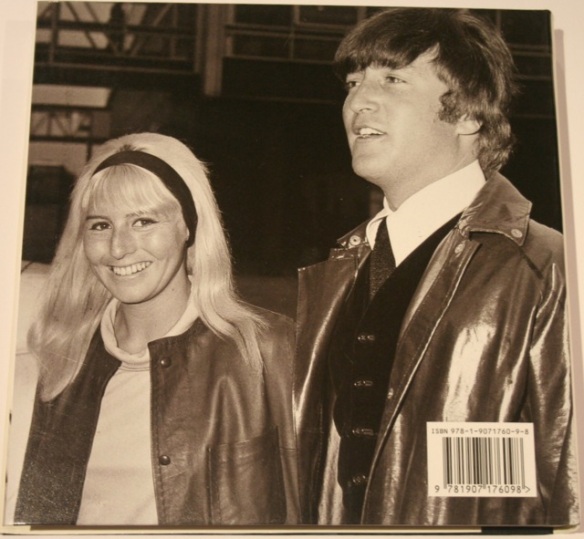 A happy moment (albeit public) between John and his then wife Cynthia Lennon.

The text for this book is by Gareth Thomas, and all photographs are copyrighted to the Associated Newspapers Archive (read: “Daily Mail”), and to Getty Images. Unlike the Beatles book, all the images in this one are black-and-white. Here’s a random open page from the book:

The photographs here were taken in August 1966, and the text says: “Before leaving for Chicago, John and the boys were taken on a relaxed tour around London airport, including a visit to the new police facilities….However, by the time they had reached their destination [they’d learned about] the seriousness of the “more popular than Jesus” debacle they were facing. John’s anxiety levels were at an all-time high…as he prepared to apologize for his supposedly anti-Christian remarks at a televised press conference….”

Two nice little books to have in the collection