OK. In Part One I detailed the four main record stores I was able to visit while in San Fran.

Now some detail on what I found and brought home to join the collection. Firstly, the vinyl.

At Rasputin Music on Powell (near Union Square) I found a very clean copy of George Harrison’s Living in the Material World. It was a US pressing I didn’t have – a budget re-issue on the green Capitol label:

As you can see, it’s a nice clean copy and the vinyl is mint.

Also at Rasputin there were two Ringo Starr LP’s I liked the look of and they were both very reasonably priced. I have Australian pressings of both of these, but good US copies like these were a welcome addition to the collection. They are both on the Apple label and original throughout. This gatefold copy of Ringo (1973) was complete with its book of lyrics and wonderful line drawings by Klaus Voormann (who also played bass on the album): 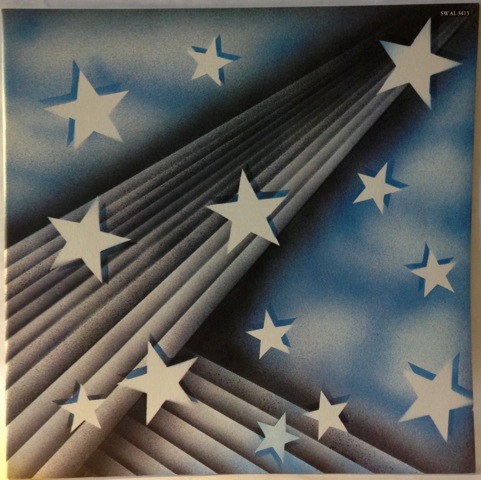 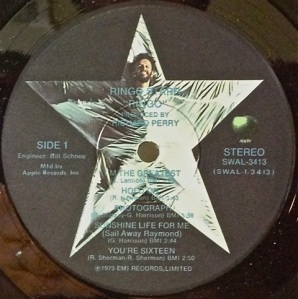 The Fab 4 Free 4 All Beatle podcast recently reviewed the Ringo album and raved about it (see episode 60, “Ringo” – Analysis and Review). Also at Rasputin was a copy of Ringo’s Blast From Your Past which came with the original inner sleeve of photos on one side and lyrics on the other: 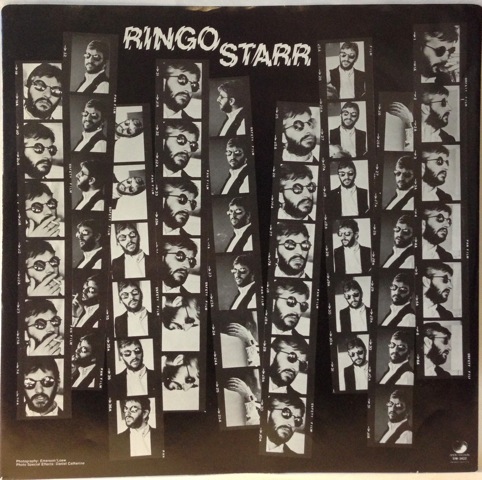 Later in the week I got over to the Haight-Ashbury district were there were three stores in close proximity (Recycled, Rasputin and Amoeba – all on Haight Street).

The first I visited was Recycled Records. They had some vintage Beatles LP’s, but to be honest they were fairly expensive….and so I concentrated on the Beatles as solo artists. I’ve always been keen on collecting variations of Paul McCartney’s “Russian” album called Choba B CCCP. Well, Recycled was a bit of a treasure trove as they have numerous copies in their bins and tucked away underneath on shelves. There were thirty to forty copies in all, and so I set about identifying some versions I didn’t have. There are so many variations of this particular record because it came out firstly as an 11-track album, followed later by a 13-track version. And they were pressed in about six different Russian pressing plants, each with its own label styles and variations (sometimes subtle) within those labels. I turned up four distinct copies I wanted, and they were all very reasonably priced (between US$6.00-$10.00 each). There was one 11-track version (from the Aprelevka pressing plant), two 13-track versions (Tbilisi plant and Riga plant), and one “hybrid” that had an 11-track cover but a 13-track LP inside (which I didn’t realise until I got home). Both the cover and LP are from the same factory (the Riga plant) so I’m not sure if this is legit or just a mistake….

The rear cover of the 11-track version is identified by its yellow colour:

However, this one has a 13-track LP inside – on a plain white Melodyia Records label, made at the Riga pressing plant where the cover was made too:

So. A mystery there. If anyone knows if any other copies like this exist let me know. These are the labels from the other copies of Choba B CCCP purchased at Recycled: 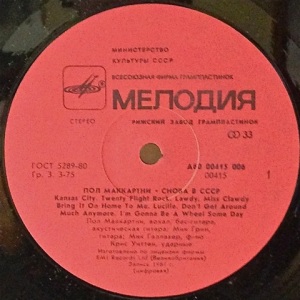 Of course for the full detail on all Russian Beatle and Beatle-related vinyl releases you need to visit this one, fantastic central repository.

Further down Haight Street is another Rasputin Music store and so I ducked in for a look. No vintage Beatles here, but lots of copies of the latest remastered vinyl at good prices. I did find an interesting re-issue copy of the John Lennon/Plastic Ono Band’s Live Peace in Toronto LP however, complete with a reproduction of the 1970 calendar which was included with original copies. It is brand new, still sealed, looked like a good buy and so I got it: 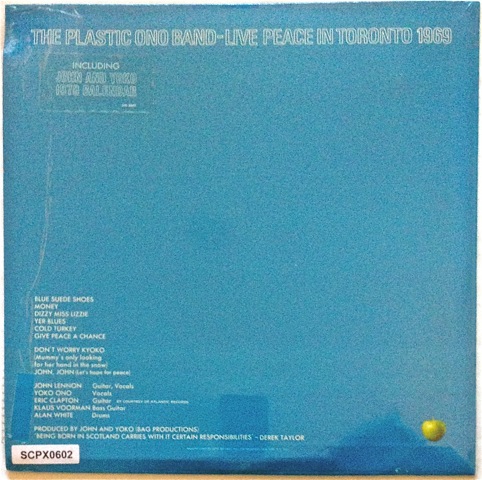 I think this re-issue was released in 2012 through a company called Hi Horse Records (which is a subsidiary of City Hall Records). It’s on the original Apple label and has the same SW 3362 catalogue number. If anyone has any other info on this one it would be very welcome. Please drop us a line.

Then it was on to Amoeba Music’s Haight Street store – which is an enormous warehouse of a building with thousands of LP’s, CD’s and books…however, not a lot of vintage Beatles on display here either, but two very good vinyl buys none-the-less. The first was Paul McCartney’s first solo LP simply called McCartney. It is a US copy, a re-issue in very good condition and on the black Capitol label:

And last but not least a really nice copy – practically mint throughout – of George Harrison’s The Concert for Bangladesh. I already have an Australian and an unusual South African pressing of this, but have been on the lookout for a good UK copy, and of course a US example as well, which is what we have here. Amoeba had this priced at just US$14.99, which for a triple album set in such excellent condition was an absolute bargain. It came with a mint copy of the original 64-page book, and all the LPs were housed in their original brown paper inner sleeves: 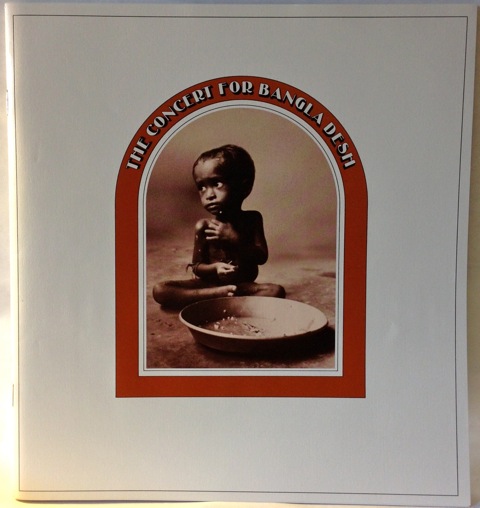 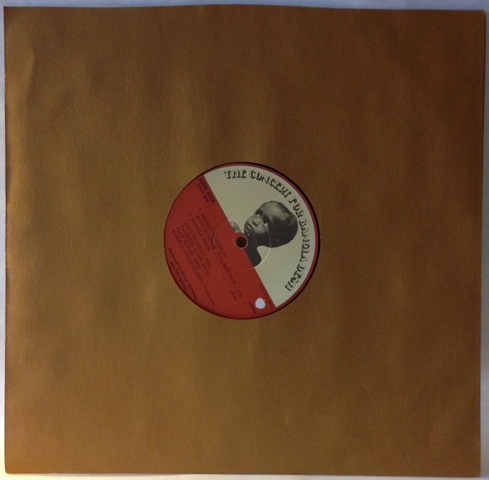 So, that was a quick summary of the vinyl found in four San Francisco record stores during a short visit there last week. Next time a look at the CD’s and DVD’s I found and added to the collection.