It’s taken a while to feature these latest Paul McCartney and Wings items because of the convoluted process involved in securing copies for the collection.

These are the Best Buy limited editions of the latest Paul McCartney Archive series of CDs. The CD’s themselves are the standard US triple gatefold two-disc sets consisting of the remastered album on one CD, plus a Bonus Audio CD of rare tracks. Here’s Venus and Mars: 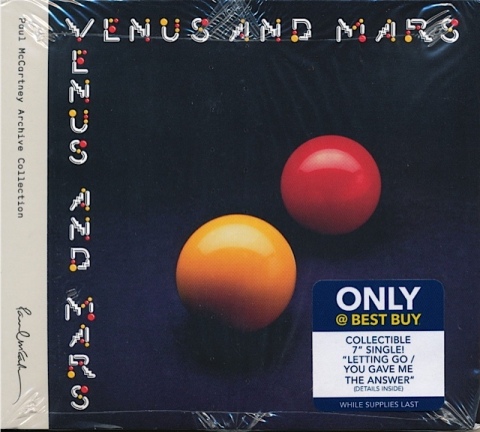 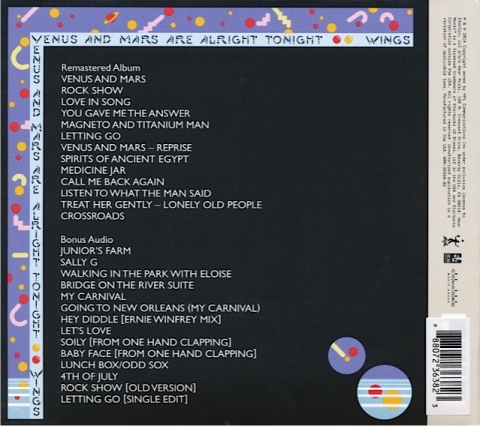 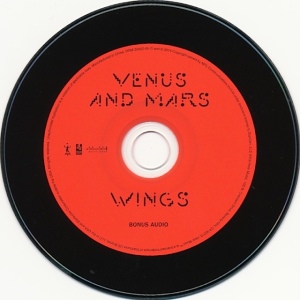 And here’s Wings at the Speed of Sound: 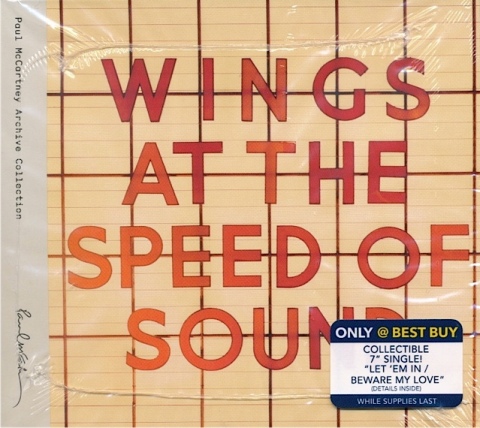 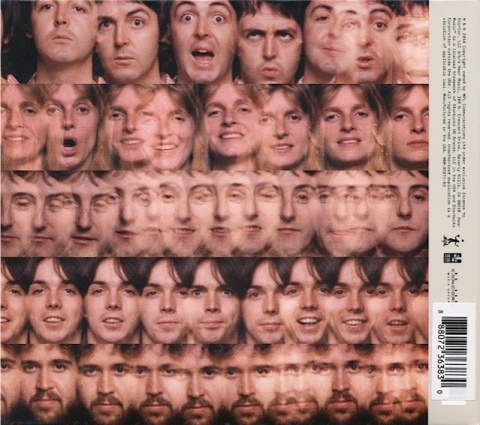 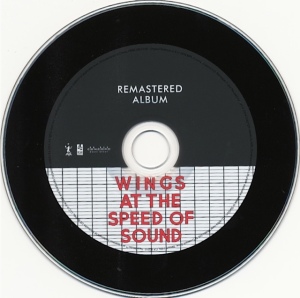 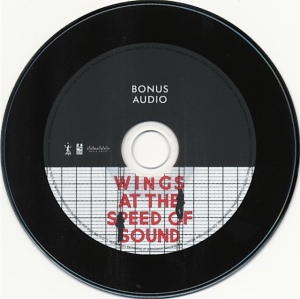 But as you can see by the stickers on the front of each – these were sold with a voucher inside to receive a bonus, limited edition 7″ 45 single – one from each album. The difficult (and time consuming part) for collectors living outside the USA was that these singles (reportedly limited to 5,000 copies each) were only available to customers of the Best Buy chain who were US residents. The process is that you mail back the voucher with a small postage and handling fee included, and Best Buy then mails you a picture cover replica of an original vinyl single from either album. Residents outside the States had to find an accomodating Ebay seller who would do this – and then post the whole lot to you…..hence the delay in being able to show these items on this blog…..ours have finally arrived.

For Venus and Mars the vinyl single is ‘Letting Go’/’You Gave Me the Answer’ (not ‘Venus and Mars/’Rock Show’ as original advertised by Best Buy back in October last year): 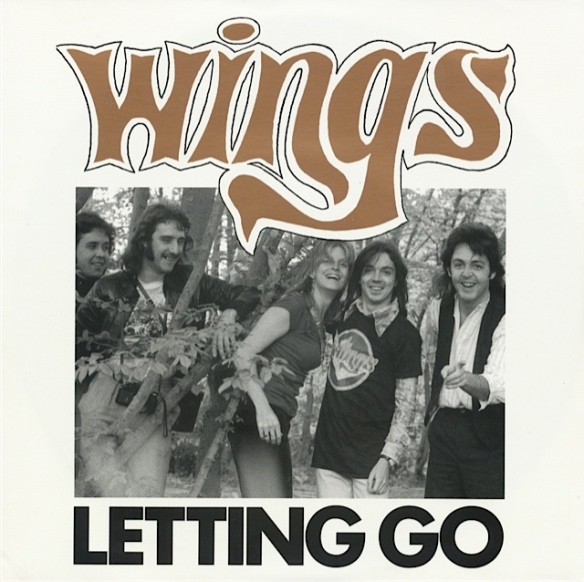 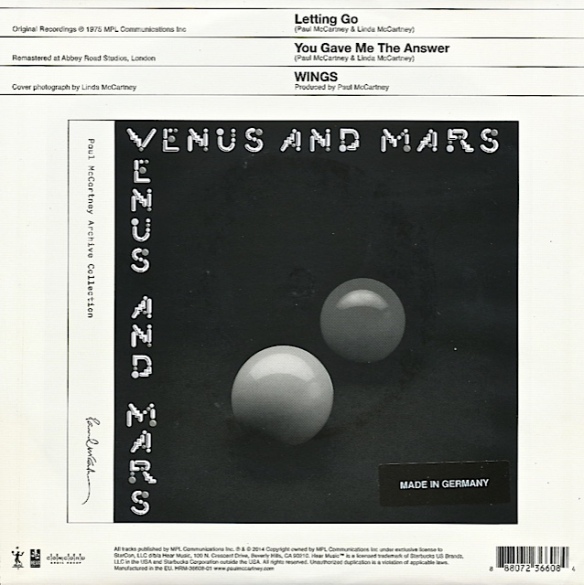 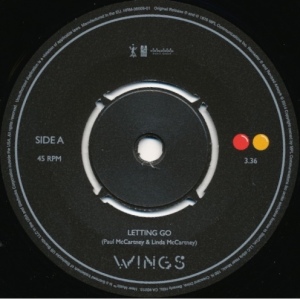 And from Wings at the Speed of Sound its ‘Let ‘Em In’/’Beware My Love’: 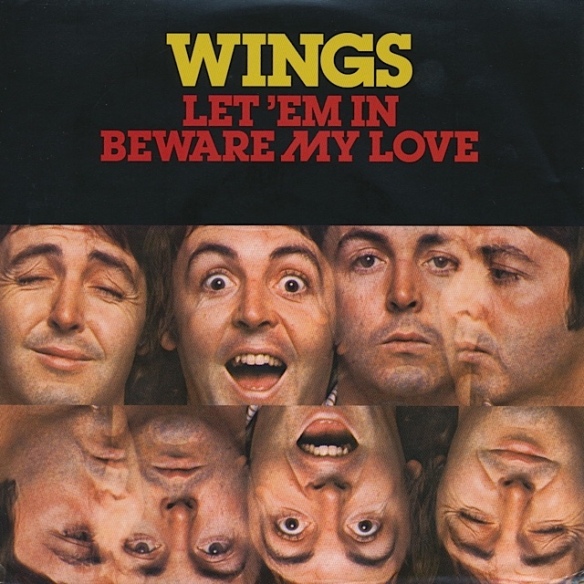 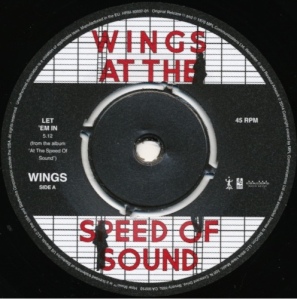 Both these vinyl singles have front covers which are replicas of the originals, but the rear covers are dedicated to promoting the 2014 reissues of the Archive Collection CDs. And as you can see in the photos (if you look closely) there’s a sticker on the rear of each saying “Made in Germany”. It appears that subsequent to the Best Buy deal these singles were also made available in limited numbers to some independent record stores in Europe and the UK.

As with previous releases in this series, inside both CDs is a small paper insert advertising what could be the next two releases in the Archive Series Tug of War and Pipes of Peace: 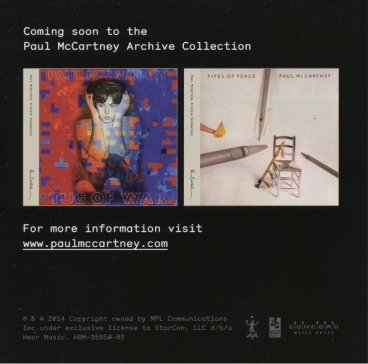 For a video of how Venus and Mars and Wings At the Speed of Sound are packaged, the booklets, etc. have look at these YouTube clips prepared by Jose Miguel Grey: