Fifty years as a solo artist, and as a member of the band Wings, has seen Paul McCartney produce an absolutely enormous catalogue of songs. Picking the eyes out of that extraordinary post-Beatle career and giving us the lowdown on how some of the most memorable of his solo compositions came about is the task of a new book about to hit stores near you.

It’s called Paul McCartney: The Stories Behind the Songs and in it author Mike Evans dives deep into 50 key songs across a recording span of fifty years. The territory he traverses here ranges across 26 solo and Wings albums, from McCartney (1970) all the way through to McCartney III (2020). It also includes key single releases that never made it onto albums – and let’s face it, there are so many of these (especially in the early days) that are absolute classics. No book about McCartney’s output over this period would be complete without songs like ‘Another Day’; ‘Live and Let Die’; ‘Helen Wheels’; ‘Mull of Kintyre’; and rarer items like ‘(I Want To) Come Home’ from 2009 – to name but a few.

With last year’s McCartney III being included it’s refreshing to have book that is so current. It’s also refreshing to have a book that contains a discography, not one but two indexes, and that has a bibliography up the back. That is testament to thorough research and so helpful when seeking out information on particular albums and songs. It makes it so much easier to go straight to what you’re looking for, especially when dipping in out. And this is probably the way most readers will use this book: it’s the sort of reference you’ll keep coming back to as curiosity about different albums, songs and singles take your attention.

Each album and single in the book includes full session details, personnel lists and chart data and is described in detail, from original inspiration to the final release. Quotes from co-writers, session musicians and studio personnel bring the making of every song to life, alongside a wealth of related photographs in and out of the studio.

Just what to put in and what to leave out must have meant many a sleepless night for author Mike Evans. He says himself that he’s opening a pandora’s box: “The final list of inclusions is inevitably subjective and some readers are bound to ask, “Well, what about…?” Such exclusions include ‘Give Ireland Back to the Irish’ and ‘Mary Had a Little Lamb’, both singles from 1972, and ‘We All Stand Together’ (with the Frog Chorus) from the 1984 Rupert Bear animated film Rupert and the Frog Song.” We’ll go out on a limb and support him wholeheartedly on those choices.

Likewise he’s decided not to include music from McCartney’s five volumes of classical recordings, the instrumental projects he released under the psuedonym The Fireman (though he does include a song from 2008’s Electric Arguments), and two singles featuring Kanye West (plus one with Kanye and Rihanna).

Conversely, Evans explains in his Introduction the inclusion of a few non-original compositions: “‘Walking in the Park with Eloise’ from 1974, written by Paul’s dad Jim McCartney; ‘No Other Baby’, a UK skiffle record from 1957; and the old gospel song ‘Light from Your Lighthouse’, (which is actually credited to McCartney on the recording). Along with his three albums of mainly non-original material – 1988’s “Russian” rock ’n’ roll release Choba B CCCP, the similar Run Devil Run collection from 1999, and the 2011 “standards” album Kisses on the Bottom – all of these songs reflect the essential influences that informed McCartney’s musical taste during his teenage years.” Fair enough.

As we said earlier, this is a book you don’t have to read cover-to-cover if you don’t want to. You can dip in and out as the mood or interest strikes. It is well-researched and well worth it.

Paul McCartney: The Stories Behind the Songs is published by Welbeck on September 2.

Now, for our readers in the UK and Europe we have a treat.

Thanks to the kind folks at Welbeck Publishing you can win one of three copies of Paul McCartney: The Stories Behind the Songs. All you have to do is to be the first to correctly answer this question:

‘Jenny Wren’ is one of the many memorable songs on the 2005 album, Chaos and Creation in the Backyard. It features an evocative solo using an ancient Armenian woodwind instrument called the duduk. Who was the player?

The first three people to correctly answer will win a copy of the book.

Remember, this is only for our readers in the UK or Europe!

The answer to who played the beautiful duduk solo on the song ‘Jenny Wren’ was Pedro Eustache.

No more entires please. We have our three winners. They are Michael from Germany, Fin from Ireland and Chris from the UK. Your books will be in the post to you shortly. Thank you to the lovely folks at Welbeck Publishing for providing the prizes.

Here’s a little holiday listening enjoyment for you. 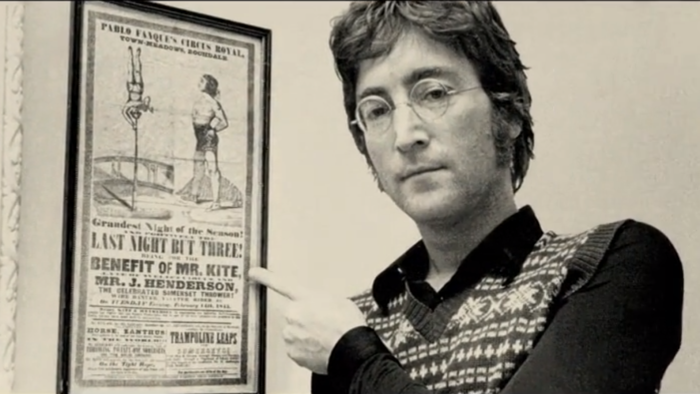 Australia’s Radio National station (RN – part of the Australian Broadcasting Corporation) has just aired a great little documentary about the John Lennon song ‘Being for the Benefit of Mr Kite!‘. It is part of their PocketDocs series.

You can listen to it here, or download it to your desktop to listen to later. 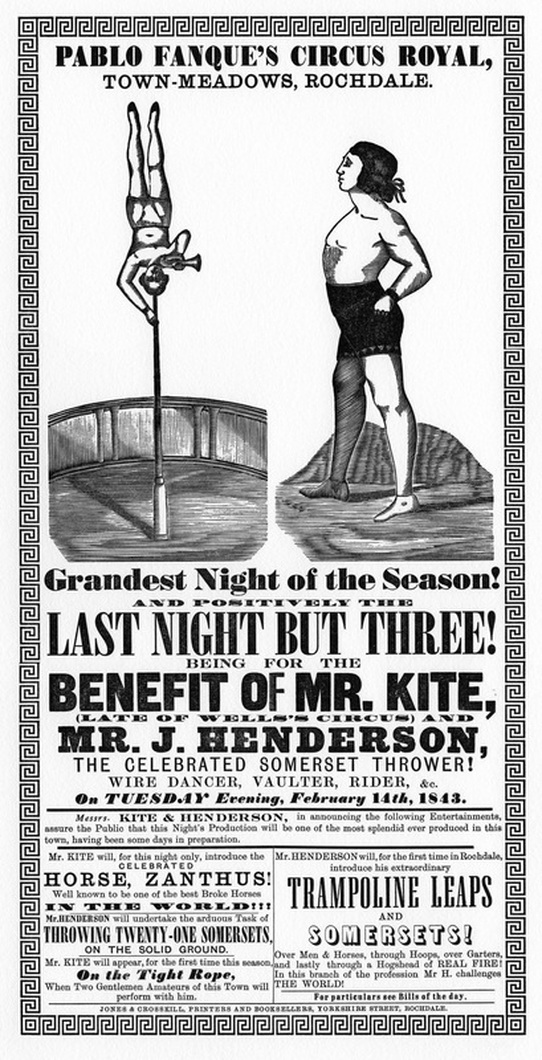 Another Beatles book has come into the collection. It is an impressive one which we are surprised we missed when it was released just last year. Maybe it became overshadowed by Lewisohns’ massive Tune In, and Howlett’s Beatles BBC Archive books – also released last year and both with great publicity and much fanfare.

All The Songs – The Story of Every Beatles Release is up there with them as a reference work and a piece of research. Principally the work of two Frenchmen, Philippe Margotin and Jean-Michel Guesdon (assisted by American Scott Freiman, and with a Preface by the legendary Patti Smith), this book huge and is pretty much as it states in the title – each album and each song on that album dissected and explained in great detail. 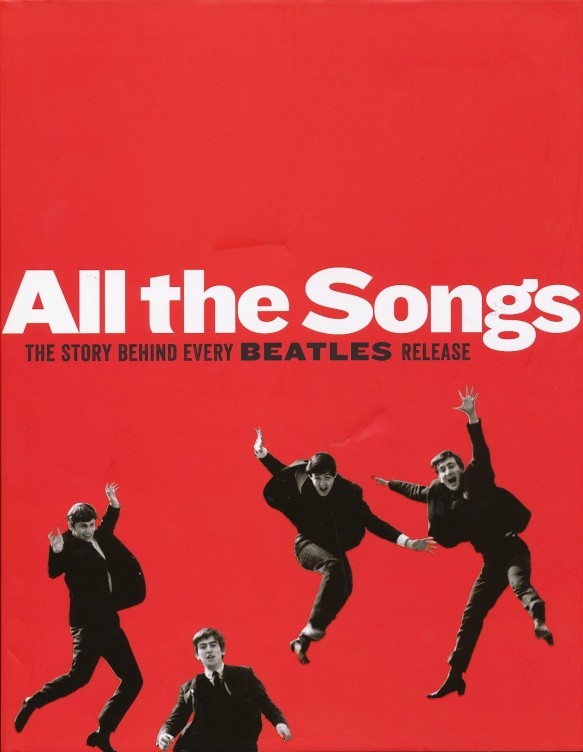 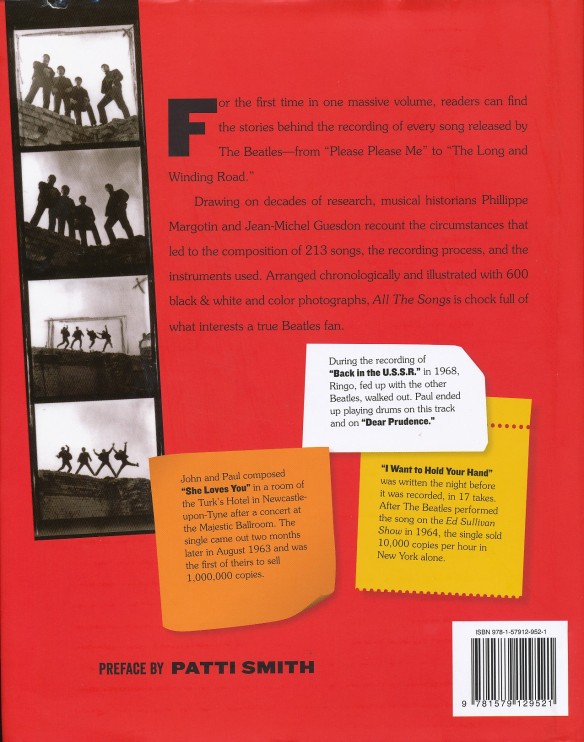 It is a big, heavy book – 671 pages in all – and with a great layout, lots of photos, memorabilia, and artistic flair in the design and layout: 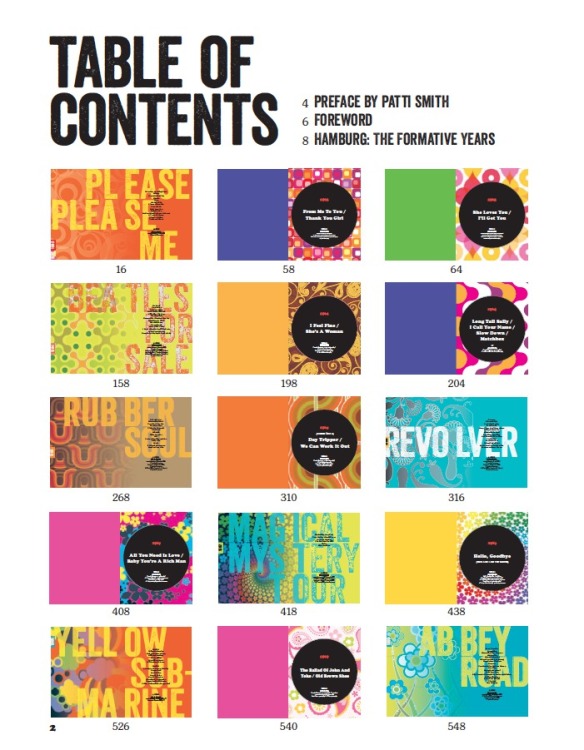 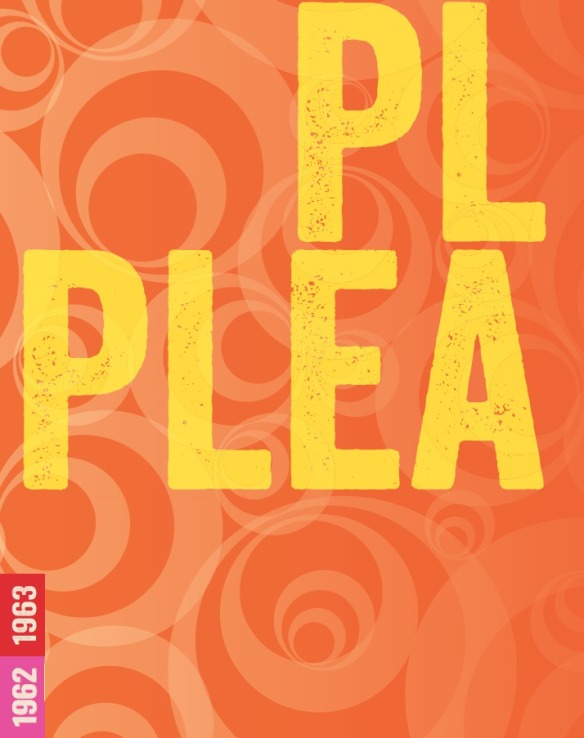 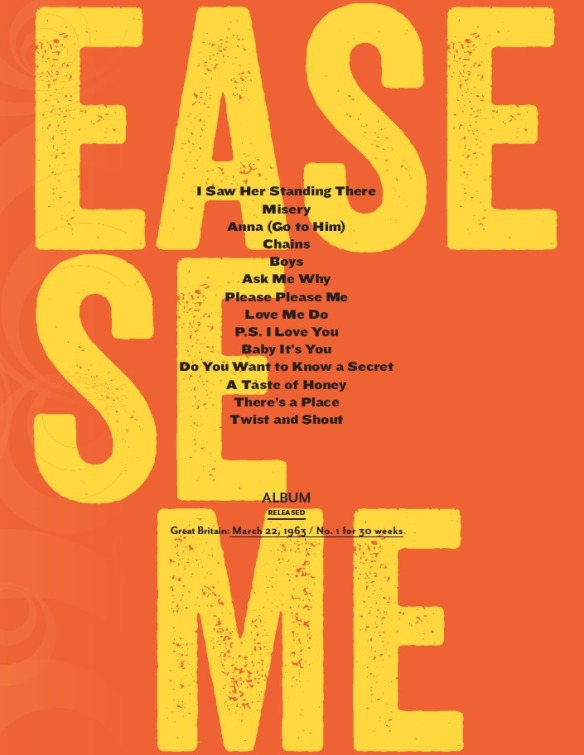 There is a good amount of detail too, plus lots of snippets of information if you just want to casually browse: 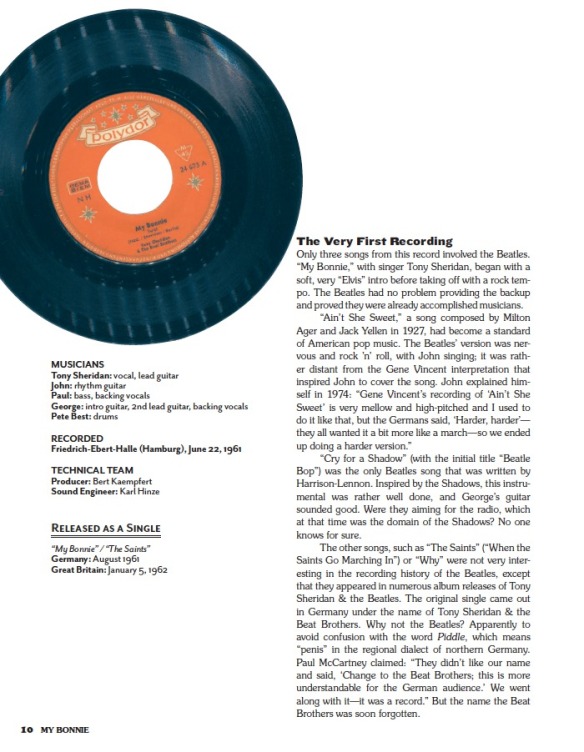 Some background on All the Songs from the official press release:

Drawing on decades of research, the authors recount the circumstances that led to the composition of every song, the recording process, and the instruments used. Organized chronologically by album release and illustrated with 600 black & white and color photographs, this information-packed book provides readers a comprehensive look at how The Beatles changed music forever.

Throughout the song-by-song recording history are informative details such as John Lennon’s purchase of a 1958 Rickenbacker 325 Capri for £100 in Hamburg, in 1960. Diving into The Beatles’ song and album recording process, readers discover that The Beatles’ first album, Please Please Me, was recorded in one epic 12-hour session in 1963 for £400. In contrast, they spent month after month in 1967 layering sounds on a four-track recorder to create their masterpiece, Sgt. Pepper’s Lonely Hearts Club Band.

Praise for All the Songs:

“If you’re looking for yet another attractive book to place with a Beatles coffee-table tableaux, there’s Jean-Michel Guesdon and Philippe Margotin’s ‘All the Songs: The Story Behind Every Beatles Release’ ”— Chicago Tribune

“[All the Songs] should delight casual listeners and make even hard-core Beatlemaniacs smile.” — The Dallas Morning News

There are more reviews here, and here, and there’s an interesting Q&A with the authors here.

You can see the first 21 pages in high quality on the publishers (Black Dog & Leventhal) website, and Amazon has a “Look Inside” if you would like to see more. Looks like yet another McCartney III to chase down. Link in bio. #mccartneyiii #paulmccartney #beatles #thebeatles #vinylcommunity #vinylrecords
Loading Comments...