Here’s a heads-up if you live in the UK.

This coming weekend (Sunday January 17, 2010) the British newspaper the Mail on Sunday will contain a free giveaway CD of Paul McCartney live tracks.

All the songs on the CD have been chosen by Paul McCartney, and he apparently designed the CD cover art himself  (which, by the way, is based largely on a previous limited edition live 12 inch record he released in 2007 called “Amoeba’s Secret” – more on this below). However, as the Mail on Sunday says, this new giveaway will be “….a CD that is unavailable anywhere else”.  The cover will look like this: 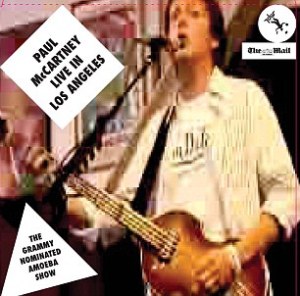 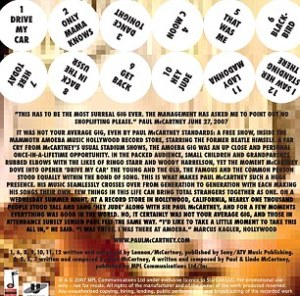 The free CD will feature seven Beatle songs – including “I Saw Her Standing There”, “Lady Madonna”, “Get Back”, “Blackbird” and “Hey Jude”,  as well as five of McCartney’s solo compositions. So, twelve tracks in all. That makes it quite different to any previous releases and therefore a collectable item for Beatles fans. From what I can tell from the info so far, the songs all come from a live gig recorded at the huge Amoeba record store in Los Angeles. Of the twelve tracks to be given away free this Sunday, only five have been previously released: “Only Mama Knows”, “That Was Me”, “I Saw Her Standing There” and “C Moon” on the limited edition 12 inch “Amoeba’s Secret” (2007) and CD (2009), and “Dance Tonight”, which was a bonus live song on the CD single for “Ever Present Past” (2007). Therefore all the additional tracks are bonuses.

As well, this Sunday’s “Live” magazine will feature an interview with McCartney with some previously unseen backstage pictures.

As you can see the artwork is very similar to the original used for both the vinyl and CD covers of “Amoeba’s Secret”: 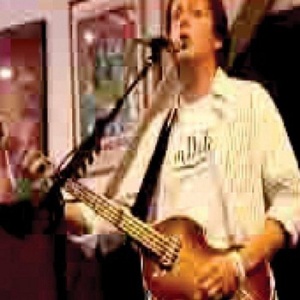 Its not the first time McCartney has teamed with the Mail on Sunday though.

On Sunday 18 May, 2008 his 13 track album “Memory Almost full” was given away free to millions of readers. It was essentially identical to the officially released version of the album of the same name, just with much simpler packaging. 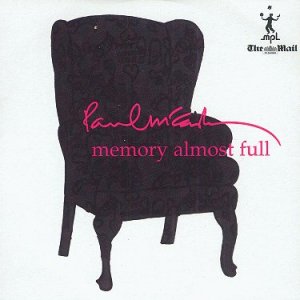 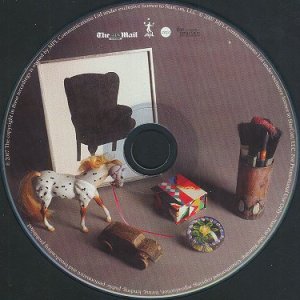 As you can see in the pics above, the cover contains the Mail On Sunday logo, which is also on the disc itself. Both contain the words “For Promotional Use Only – Not For Sale”. The “Live” magazine supplement that came with the previous week’s Mail on Sunday newspaper included a track-by-track analysis by Paul and exclusive photos of him too.

Following on from McCartney’s “Memory Almost Full” giveaway CD, the Mail On Sunday also gave away a free John Lennon CD on January 18, 2009.

Unlike McCartney’s freebie though, which was his most recent studio album, Lennon’s is a selection (12 tracks) of greatest hits and album tracks – largely taken from the official best-of CD release “Working Class Hero – The Definitive John Lennon”. Like the “Memory Almost Full” CD, the Lennon release came in a similar small cardboard sleeve: 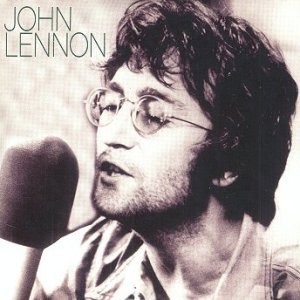 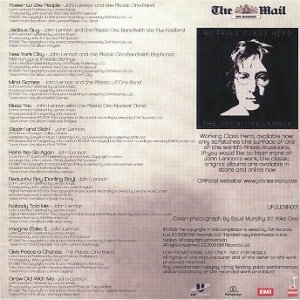