It’s not often you see 7-inch, 45rpm Beatles vinyl for sale at garage sales anymore. There are occasionally one or two, but they are now getting few and far between.

That’s why I was surprised this week when I asked after records at a local garage sale and the guy went into his house and brought out crate after crate of the small, vinyl gems. He had literally hundreds of 45’s – all pop and rock artists ranging from the 60s, 70’s and 80’s.
It took me quite a while to look through them all but the task produced a couple of nice items. Some I already owned, but others I didn’t have in my collection – so it was very worthwhile.

Here’s what came out of crates (in release date chronological order). First up, an Extended Play – four songs – from A Hard Day’s Night (1964): 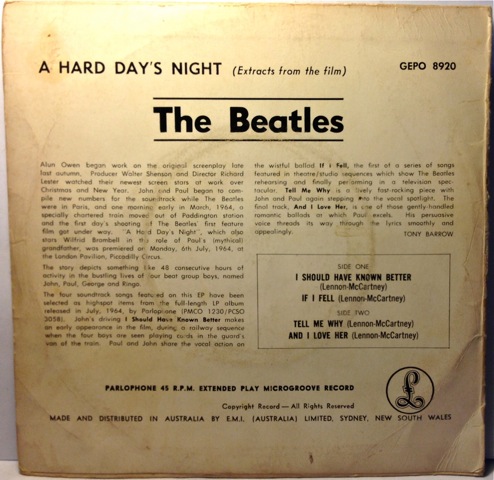 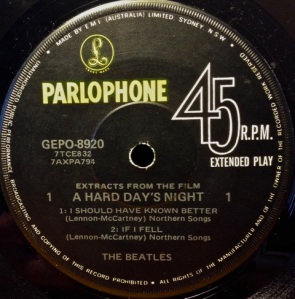 Then came a copy of the Beatles Rock and Roll Music single (1965):

These next few have the release date displayed on the label: 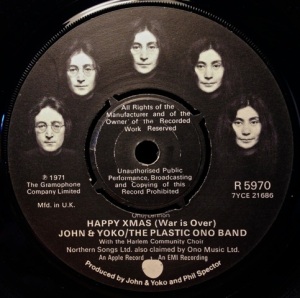 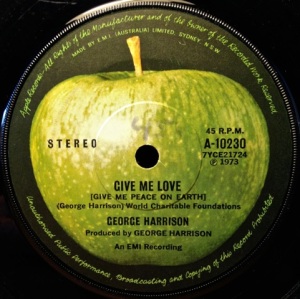 This next one, Yoko Ono’s Walking on Thin Ice (1981) comes in a picture cover: 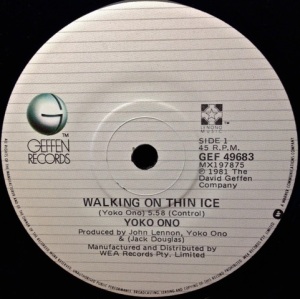 All the above are Australian pressings (except the John and Yoko Happy Xmas which is British). There was though one odd item in the crates. It was just the sleeve (no record inside unfortunately) of a French EP from 1964 with four songs: 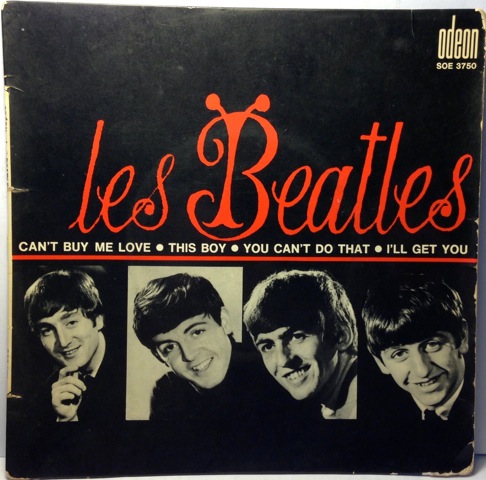 I’ll keep it – in the hope of finding the correct record to go inside it one day….