If you are into Beatle autographs – and you have very deep pockets – Heritage Auctions in the US has an original copy of the single ‘Love Me Do/P.S. I Love You’ coming up as part of their Entertainment and Music Memorabilia Signature Auction in September.

The Heritage website says this is a genuine UK first pressing 45, and one of the first-ever signed Beatle records.

The Beatles’ first single for EMI was released on October 5, 1962. The very next day they traveled the short distance from Liverpool to Widnes in Lancashire for a 4:00 official autograph signing appearance (the first of only three in their career) at Dawson’s Music Shop. For thirty minutes, the Beatles signed copies of their brand new single for fans. This is one of the records signed that day, on the “B” side (P.S. I Love You) in black ballpoint.

(click on the image to see a clearer version)

The record comes mounted alongside a vintage black and white glossy photograph of the group taken during a January,1963 appearance at Brian Epstein’s NEMS record store in Liverpool, with three young ladies offering up singles for autographs (although what these are is not clear as ‘From Me To You’ was the first Beatle 7″ single released using the plain green Parlophone paper sleeves they are holding – see The Beatles With Records Part Fifteen):

According to Bruce Spizer and Frank Daniel’s reference book Beatles For Sale on Parlophone Records the autographed disc for auction is one of the “few thousand” pressed for the October 5, 1962 release with the very first version of the record label. The main indication is that “the initial labels have the Ardmore & Beechwood publishing credit left-aligned and slightly indented so that the ‘B’ is above the ‘XC’ in the matrix number prefix 7XCE.” All the other “tells” match including the tax code pressed into the trail off area, being “ZT”.

The record is just a small part of what is on offer – Heritage have gathered together roughly 300 lots from one of the biggest and most important Beatle memorabilia collections in the world – the Uwe Blaschke Collection.

You can seen more about other items to be offered – including the Beatles’ very first signed contract (expected to fetch a stunning US$150,000) here:

Will you be buying any of the “new” Beatles CDs which are taking advantage of “Love Me Do” and “P.S. I Love You” being out of copyright? Both songs are now fair game in Europe for any compact disc compiler out there to use when putting together a Beatle early days disc, and a number of small labels are taking advantage.

[European copyright laws grant ownership of a recorded track for fifty years – and “Love Me Do” has just gone past that. There are moves to extend the period to 70 years, but this is not expected to happen until at least November this year. In the US the period of copyright is 95 years.]

So, there are a number of Beatles recordings due for release shortly. Wogblog has already mentioned this one:

The Beatles Archive I Saw Her Standing There will come out on February 25. And there are more on the way. Rolling Stone is reporting that a company called Digital Remasterings will be including “Love Me Do” on a compilation of early Beatles recordings, and that the French classical reissue label Pristine Classical has also released the song as a remastered single. This was apparently done in protest against the trouble the planned 70 year copyright extension will cause it when reissuing old symphonic recordings. However, I’ve scoured their website and cannot find any reference to the Beatles at all…..

And here’s another CD I found on Amazon yesterday  –  The Beatles – The Early Years. It’s also listed as having a February release:

These albums are pretty much entirely made up of songs recorded by the band before they signed to Parlophone Records. They are all previously released material which can now legally be supplemented by two official songs.

So, here’s a quick straw poll. Let us know what you think:

Those of you following the debacle around the 50th anniversary re-issue of the Beatles “Love Me Do” vinyl single will be interested to know of a further BIG mistake on the now re-called disc.

Not only did EMI stuff up the version of the song on the A-side of the disc (see previous post on this), it is now emerging that there is also another big mistake.

They have put the wrong catalogue number on the B-side….

That R-4714 catalogue number actually belongs to the 1960 Matt Monro release “Portrait of My Love”:

Hence some people on Ebay getting a bit carried away with their pricing on this one….

Some are even claiming this this mistake is the 2012 equivalent of the infamous “Butcher Cover” all over again and stating that the value of the re-called “Love Me Do” will just grow and grow. What do you think?

I’ve been away and out of circulation and so have missed the saga of the mis-pressed 50th anniversary single “Love Me Do”. But as reader Terry points out in the comments section for the post “Lots of Beatle Vinyl News – Part 2“,  EMI has ludicrously pressed up and issued the single with the album version by mistake.

Just before the day it was to be released they sent out messages to retailers telling them to return them to EMI. Apple ordered that all recalled stock be destroyed, which would make the single an instant collector’s item.

It’s apparently all due to an error in the manufacturing process where the anniversary single was pressed with the album version of the song featuring Andy White on drums and Ringo Starr relegated to tambourine. The original single version however featured Starr on drums.

I had my order for “Love Me Do” in with the HMV online store and have returned home to find no less than four confusing emails from them. The first says my order has shipped. The second says the product was faulty and was recalled. If I still want the product I should not do anything as once replacement copies are received by HMV they will be shipped to me.

Then a third email saying the order has been cancelled and the original charge has been refunded to my credit card.

“We have now received restocks, and we are currently in a position to replace your order”

This is all very confusing. The listing for the single has now disappeared from the HMV site.

Of course, some have got out and are on sale on Ebay. I’ve already seen one “Buy It Now” selling for a crazy £250 pounds (that’s over A$395!).  So, it is unclear at the moment if a corrected version will ever be issued.

In addition to the big news that the Beatles vinyl collection has finally been prepared for release comes news that a commemorative 7″ single is being re-issued to mark 50 years next month since the release of the Beatles first single – “Love Me Do”: 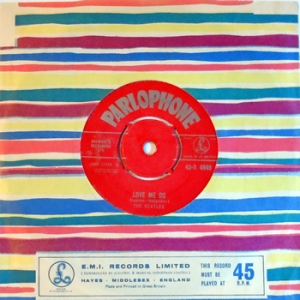 October 4, 1962 saw a review in trade magazine “Record Retailer” of a debut single that was coming out the next day from a new band. It read:

“A new group from the Liverpool area. Their first record but they already have a strong following and this seems to be the strongest outsider of the week.”

“Love Me Do” by the Beatles was released on October 5, 1962 and the band was off on their journey. Within a week the single entered the UK chart at 49 and it was eventually to go as high as 17 while spending 18 weeks on the chart.

To celebrate this important date in the history of British rock, EMI records are releasing a replica of the original single in its original colourful house Parlophone paper sleeve. The audio is taken from the mono remaster of 2009 to ensure highest quality playback. This is a limited edition which will not be re-manufactured. 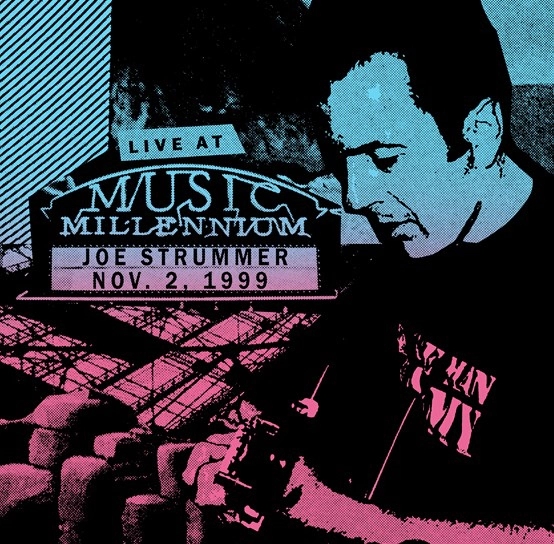