Back in Part 8 and in Part 10 we identified a very early photo of the band playing on a stage that had a backdrop consisting of a black curtain with LP covers pinned to it.  Turns out these were taken in 1961 at a hall with the very grand title of The Palais Ballroom in place called Aldershot in the south of England. Pete Best is still their drummer and this was the band’s first foray to the south of the country. A mere 18 people turned up for the gig! Despite that, the Beatles look to be giving the performance their all. These were the photos we had so far:

From these we were able to identify the following records: 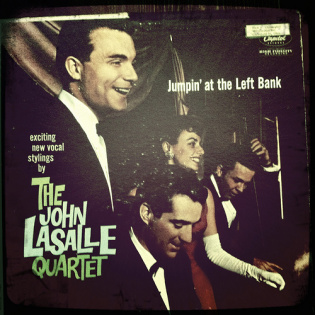 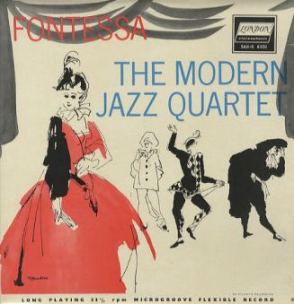 Well, Andrey has sent a couple more photos from that same 1961 Aldershot show: 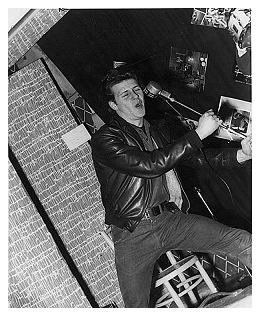 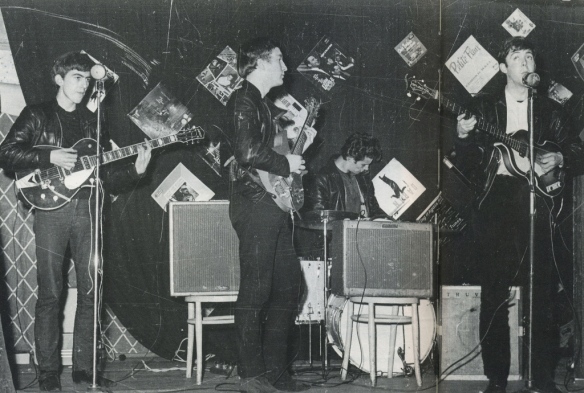 From these its possible to identify at least three more LPs pinned to the backdrop. From the first photo, just above Paul’s microphone you can see this one: 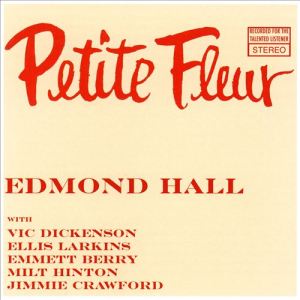 And in the final photo, hanging upside down at an angle just behind Pete Best and above the guitar amp: 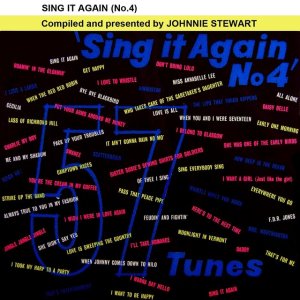 Also in Part 8 we had a small photo which was taken in 1963 at EMI headquarters for the launch of the Please Please Me LP. The band is on a stage with lots of album covers behind them:

Here are a couple more from that same day – and much larger, too: 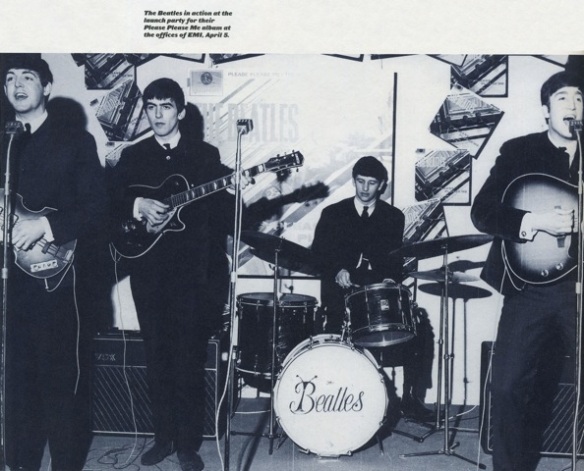 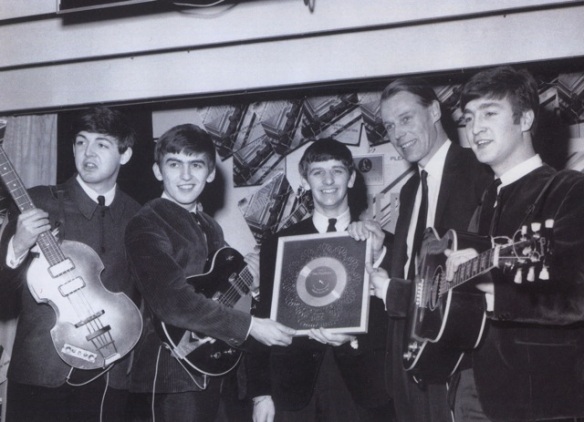 This one below is also a fairly early photograph. Adoring fans seeking autographs on their Beatles singles. Maybe they are copies of “From Me To You”, the first 7″ single released in the plain green Parlophone paper sleeve? 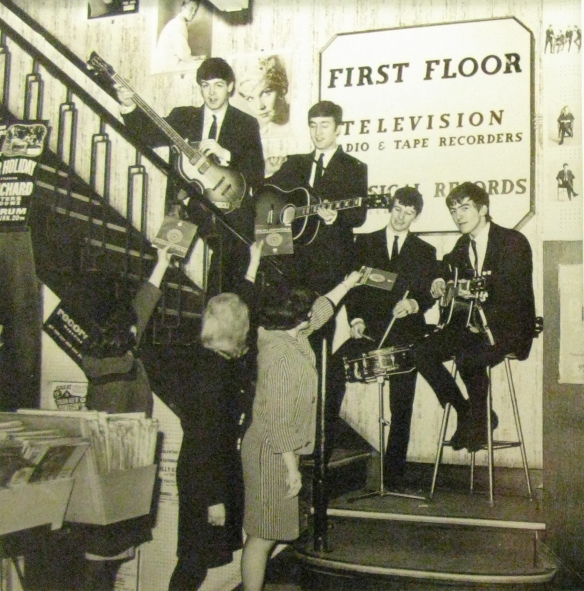 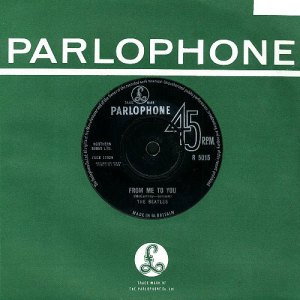 These next two show the Beatles arriving back in the UK in 1964 after their tour to America – with Ringo, George and Paul each having records under their arms. To identify just what they are though will need your help: 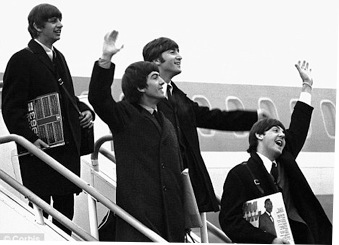 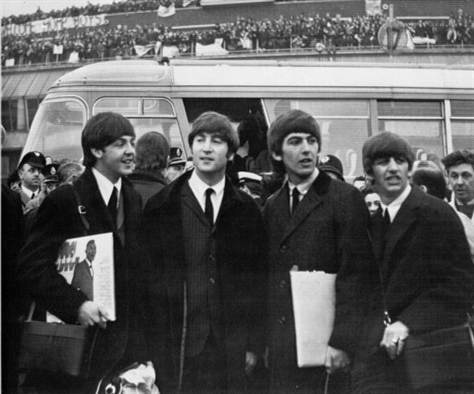 If you can help identify Paul and Ringo’s records (its hard with George because his are in a paper bag!) please post a comment below or email me here

Once the band started to sell some records and earn some money they purchased the latest gadgets to play records – including in their cars:

Dick James formed the music publishing company Northern Songs (with Brian Epstein, John Lennon and Paul McCartney) and became the publisher of all the Beatles songs. As the photo caption says – he kept a close eye on the fortunes of his key partners:

(That’s some letter opener he has there!)

Finally, a photo of Klaus Voormann, the man who designed the Beatles Revolver cover art in 1966. Here he is more recently signing a copy of the CD for a fan: 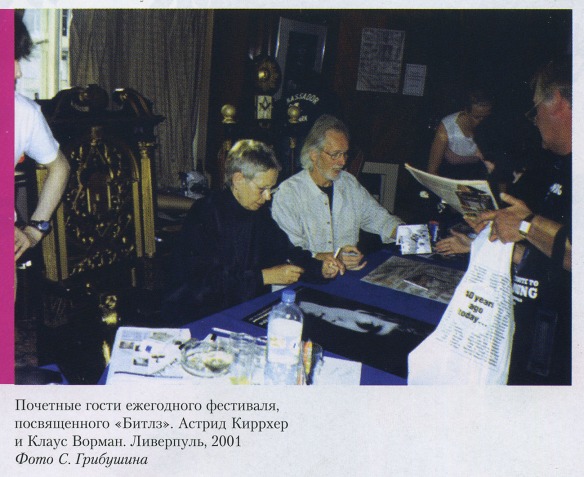 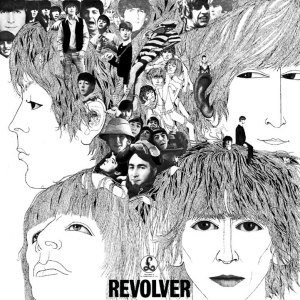 COMING SOON – The Beatles with Gold Records – and believe me there are LOTS of those.

(Click on many of the images above to see larger versions)