Earlier posts about the Beatles actually being photographed holding either their own records or those of other artists have generated a lot of interest. People are sending in more photos from their own collections and so its time to do a Part Four.

(You can see the original blog posts here:  Part One; Part Two; and Part Three.)

This first one is not exactly the Beatles themselves holding records, but William sent in this great shot of ladies on the EMI Records factory floor packing stacks and stacks of copies of “Rubber Soul”. Its from 1965: 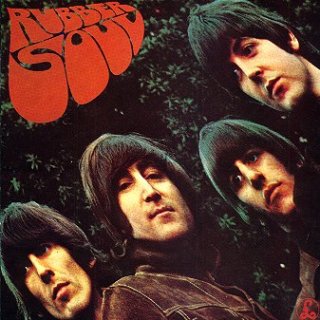 I reckon that is a beauty. Speaking of “Rubber Soul”, Claude Defer in France sent this great photo of Paul McCartney with a copy of that LP – you can see the rear cover of “Rubber Soul” in this shot:

Claude also sent in this more recent one of Paul, this time with his 1997 LP “Flaming Pie”:

Thanks Claude! (Claude Defer by the way is a prolific Beatles collector and expert and he has released a book in France, with his co-writer Hervé Boudaillez, about the Beatles French Discography, from 1971 following the split of the Fab’s until the last vinyl record manufactured in France. The text of the book is in French, and Volume One (which deals with the 45 rpm releases) has 200 pages, including more than 1,000 pictures (sleeves and discs, with details): 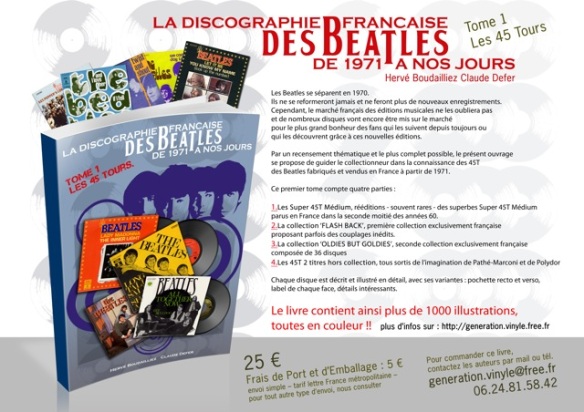 Back to the Beatles with Records – Part Four…and some more Paul McCartney, this time with Mary Hopkin in 1969 with a copy of the LP he produced for her, “Postcard”:

I also found this McCartney one. It’s Paul at the HMV store in London for the 2008 release of “Electric Arguments”, a collaboration with Youth released under the pseudonym The Fireman (more on the Super Deluxe edition of this album soon). Here he’s holding the double vinyl LP pressing: 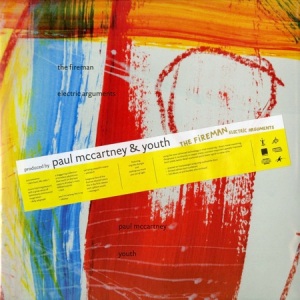 This next one comes from Canadian Jerry Levitan, author of a great little book called “I Met the Walrus“, which details John and Yoko’s visit to the city of Toronto in 1969 and an extended personal brush with fame he had with the couple. He took this photograph of John Lennon signing and drawing a caricature of himself and Yoko for Jerry on the cover of the “Two Virgins” album:

And finally to another one of John, taken on the publicity campaign trail in 1971 for his single “Power to the People”: 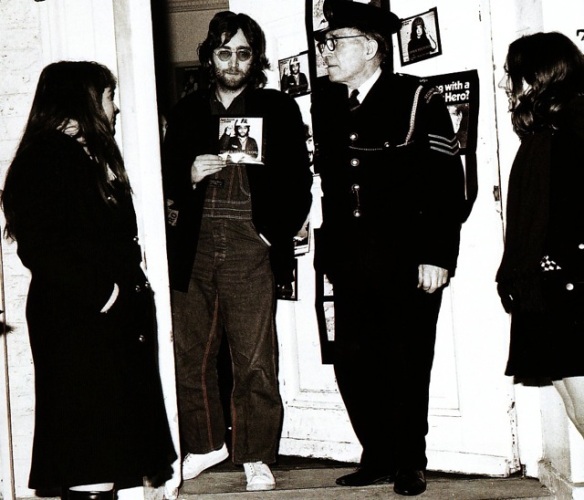 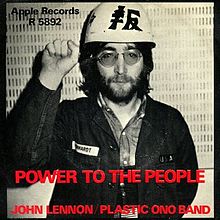 8 thoughts on “The Beatles with Records – Part Four”