Since my earlier post about the Beatles being photographed actually holding the things they sold so many of – LP and single records – a few more photos have come to light. This first one is a very early publicity shot of the band with a copy of their very first album for Parlophone Records – from 1963 “Please Please Me“: 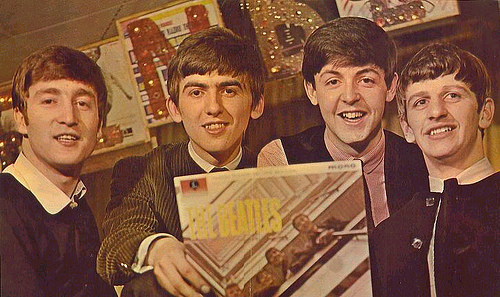 Trawling the web I came across a great photo of an obviously happy Ringo Starr with a pile of LPs and singles:

He’s also got a copy of The Shirelles “Foolish Little Girl“, which again dates from 1963 leading to the conclusion that this photograph was taken in that year. The record is lying down, just near Ringo’s left hand: 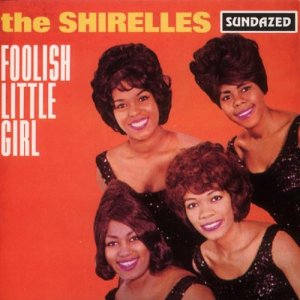 And on top of that LP are a couple of 45 rpm singles. Its impossible to make out the title of the one we can see, but you can clearly make out the distinctive red and white label of Top Rank records. I wonder if it’s also The Shirelles? In Britain they were released on Top Rank – so it could very possibly be a copy of  “Baby Its You“, a song the Shirelles recorded in 1961 and which the Beatles themselves covered on “Please Please Me“: 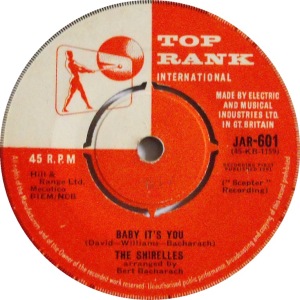 I’ve also found  a photograph of Ringo with wife Maureen. They’re sitting at home in a flat they rented for some time in London’s Montague Square. Behind Ringo you can see on the shelf quite a large collection of LP’s, and if I’m nor mistaken Maureen is sitting on what, for the times, would have been quite a sophisticated “radiogram” or record player:

Here’s another of Ringo, once again with Maureen, clutching a copy of the Beatles “Yellow Submarine” LP: 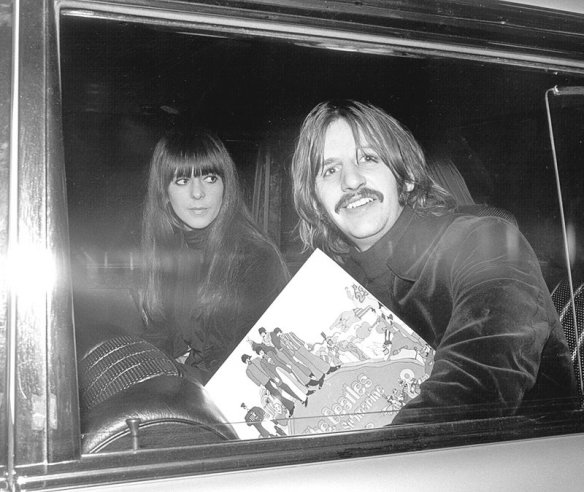 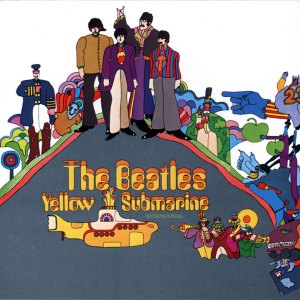 George Harrison features on the web photographed with records, some with easily identifiable discs and some not. This one is pretty easy to see. Its a lucky fan getting an autographed copy of “Help“:

Here’s George again, this time a shot taken in what looks to be the Apple offices. It’s him holding a copy of his second solo outing “Electronic Sound“, released on the Zapple label: 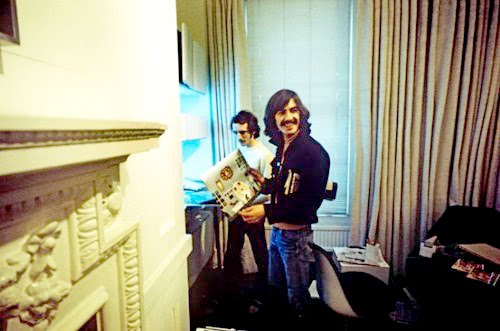 You can clearly see the rear artwork for the LP in the photo above. Below is a shot of the back cover of the LP:

And here’s another one of George again signing albums, but this time its very difficult to see just what they are: 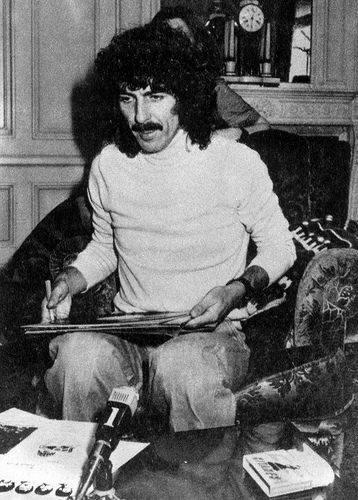 In 1970 John and Yoko posed for some photographs to publicise their new records. John had “John Lennon/Plastic Ono Band”, and Yoko had “Yoko Ono/Plastic Ono Band”. Both titles, on Apple Records, were released simultaneously. The front covers were almost identical, but the rear artwork of Yoko’s album showed her as a young girl, while John’s showed him as a young boy:

In the photo is also “The Wedding Album” box set, which came out in 1969. The photo below is taken at the same session: 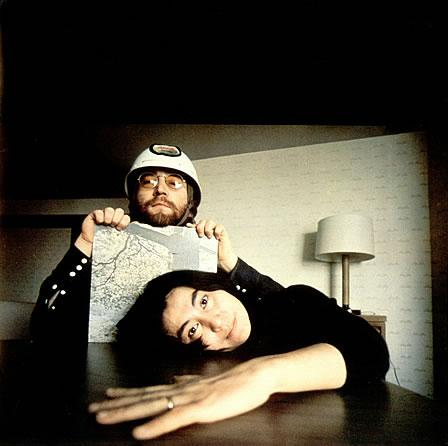 As I said, the front cover artwork of these two LP’s is difficult to tell apart. “John Lennon/Plastic Ono Band” has John leaning against Yoko:

While “Yoko Ono/Plastic Ono Band” has Yoko leaning against John: 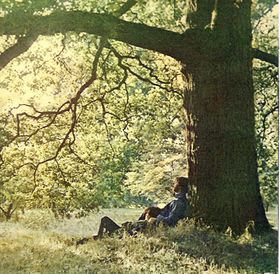 Finally, a photograph of Beatles’ manager Brian Epstein. He’s holding a copy of the controversial 1966 US Capitol Records release “Yesterday and Today“. This is the famous “Butcher Cover” LP. Maybe he’s contemplating the new photograph that Capitol was forced to paste over all the original issues of the album:

This is the more acceptable “trunk” cover shot that Capitol put on over the top of the original artwork:

And this is what it replaced:

The interesting thing about the Epstein photograph is that what he is holding appears to be an early mock-up of the replacement artwork. If you look closely there is no song list at the top and the font for the words “Yesterday and Today” is different to that used on the final version. Interesting.

Don’t forget, if you have any other photographs of the Beatles actually listening to or holding singles or LP’s you can send them to me at:  beatlesblogger@gmail.com

10 thoughts on “The Beatles With Records – Part Two”