A few people have sent in some more images of the Beatles either as a band or as solo artists being photographed with those things they sold so many of – records and CDs.

This first one, from Beatles Blog reader Ariel Caceres,  is a stunner – a photograph of John Lennon I have never seen before. Ariel says this was taken  on 24 October, 1973 during the filming of a TV commercial to publicise John’s “Mind Games” LP. There are some more images documented here:
If anyone knows more about the background to this shot just get in touch. Why is John kneeling and holding a copy of his 1973 LP “Mind Games”? Why is a man dressed as a fairy godmother casting a spell over him? And who is the bearded gentleman? Please write in and let us know:

I think you’ll agree that it is an extraordinary photograph! Lennon is clearly doing something to publicise his latest record at the time (below), but what is going on in the scene above?

Our friend Claude Defer in France has once again been busy in his archives and has sent through some more images of the Beatles photographed with records. 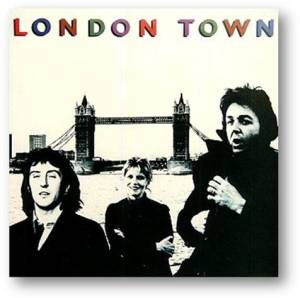 You can see in Paul’s hand the rear cover of the LP:

You can also just see that the man at the right in the photograph is holding a copy of the Paul McCartney/Michael Jackson picture-cover, 12-inch single from 1983, “Say, Say, Say“. You can see the rear of the cover: 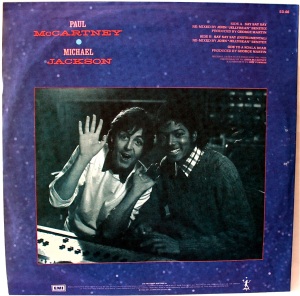 Claude also sent in a picture which was already shown in the Beatles With Records – Part Seven, but he’s kindly included the full set of George Harrison photos taken at the same location of George looking at, and signing, a copy of the Beatles “Help!”: 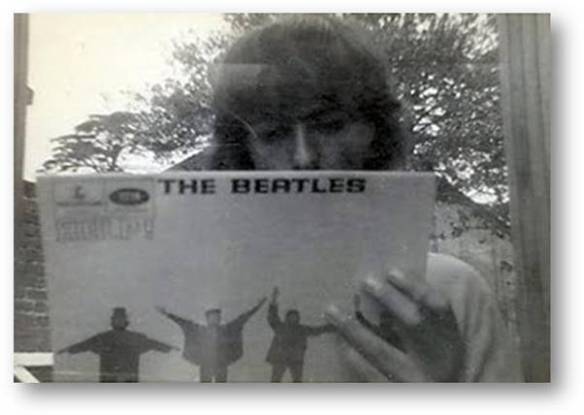 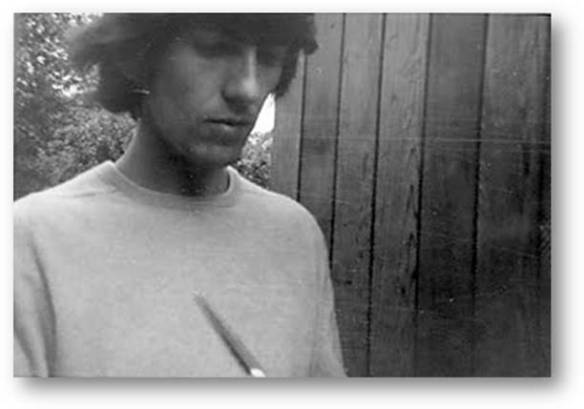 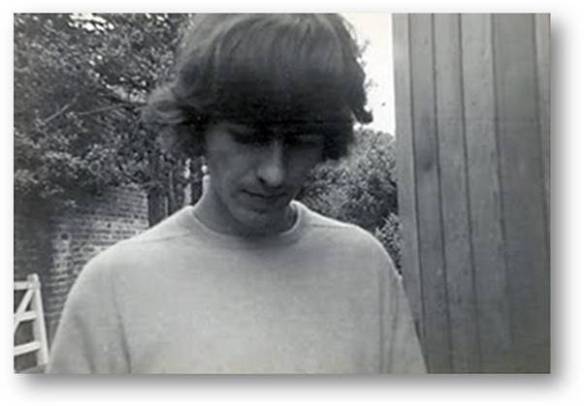 And a final photo, another one from Ariel. This time not of a Beatle, but a Beatle son. It’ s Julian Lennon holding what could be a book – or is it a 45 rpm picture-cover record? The photo is kind of faded and I’m not sure:

He definitely has in his hands something with this image on the front cover:

If you know what this item could be let us know at beatlesblogger@gmail.com, or simply submit a comment in the space provided below.