We got that Paul was carrying a copy of  Um, Um, Um, Um, Um, Um: The Best of Major Lance, but not the record that we can see Ringo holding while getting off the plane in London after their famous first US tour.

Thanks to Andrey in Russia we now have this one solved too. He put out the word amongst his collector friends asking what this record could be: 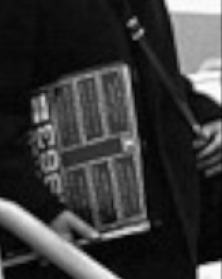 And they quickly came up with the correct identification: 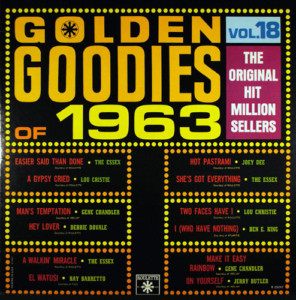 Andrey’s mates are fantastic. They also provided the answer to this unusual and obscure LP John Lennon had on the end of his bed: 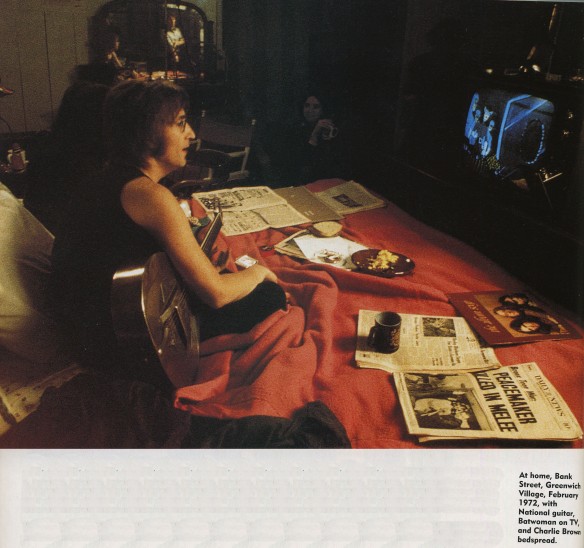 (See The Beatles with Records Part Fourteen for the answer).

Andrey also sent these next couple of photos. This Beatles photo, clipped from a newspaper, looks like it comes from the same photo shoot as the photograph used in Beatles with Records Part Three, but it’s a different pose and this time in black and white:

Next, from the height of the Apple days, Paul and Apple PR man Derek Taylor in the band’s offices at number 3 Savile Row, London. Paul is holding an unidentified acetate recording:

Here’s another of Paul (much later), this time proudly holding a copy of his 2006 classical release, Ecce Cor Meum (Behold My Heart): 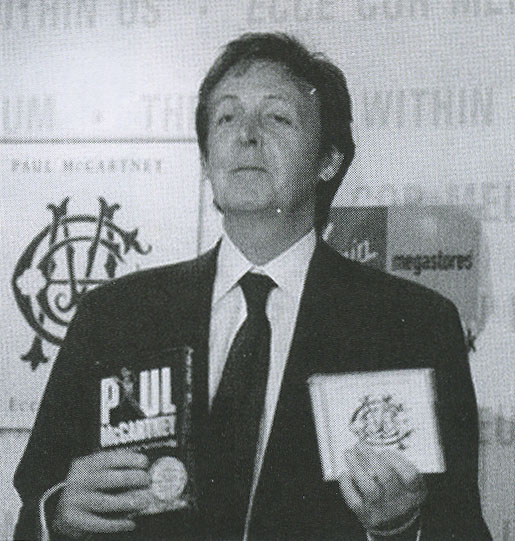 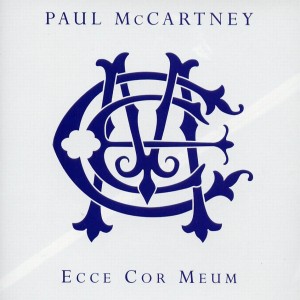 He’s also got a copy of this DVD, which also made an appearance in The Beatles with Records Part Seven: 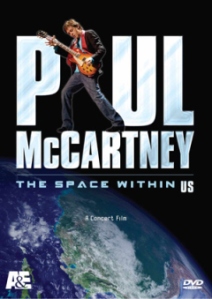 And here’s one with Ringo holding his solo CD Ringo Rama (2003):

And signing a copy as well:

Finally, a couple of interesting photos of Beatles with records from the website Kenwood. Kenwood revels in discovering and detailing places that the Beatles (especially John Lennon) have lived. It tries to give “then” and “now” comparisons of how rooms and buildings have changed, often involving great detective work. This recent post looks at 57 Green Street, London – where all four of the lads lived for a short period in 1963. There are two photos of them there with records. This one of Ringo sorting through 45’s:

And this one of John, seated in front of the same record player that Ringo is using above:

Behind him on the left-hand side, upside-down, is a yellow LP cover. Could it be The Fabulous Miracles (Tamla 238, 1963)?