Our friend Lammert Mulder, who has contributed in the past to solving some other Beatles with Records mysteries, has come up with a wide range of new photos and information. First up is a photograph of George Harrison at home with three records. I can only identify two – the first (on his knees) is The Fabulous Miracles:

(This the same Miracles LP we saw in a photo of  John Lennon in the Beatles with Records Part 17).  George also has what looks like a copy of the 1963 pressing of Little Richard Sings Gospel (it is lying beside him on the bed): 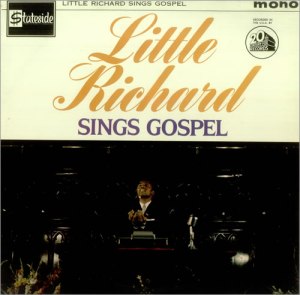 If anyone can identify the third LP that he is holding, let us know.

In the Beatles with Records Part 15 we showed this photo of George from 1964, loading singles into the then very groovy in-dash record player in his E-Type Jaguar: 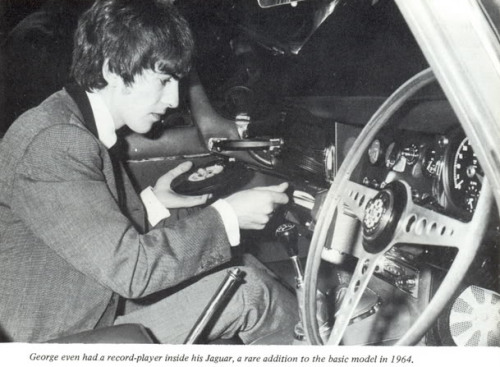 Here’s another shot from a different angle – and we can now identify the 45 as “Can’t You Tell by the Look in His Eyes” by the Reflections:

This is the portable player – a Philips Automignon AG2101D 45 In-Car Record Player: 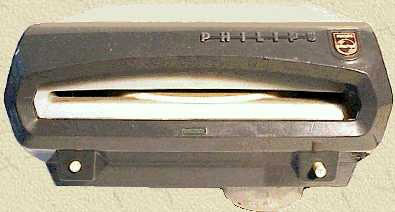 Paul had one fitted to his Aston Martin, and John had one in his psychedelic Rolls Royce too (thanks to Piers Hemmingsen at Capitol 6000 for this info).

Yet another shot of George – this time with Ben E. King’s 1962 release Don’t Play That Song: 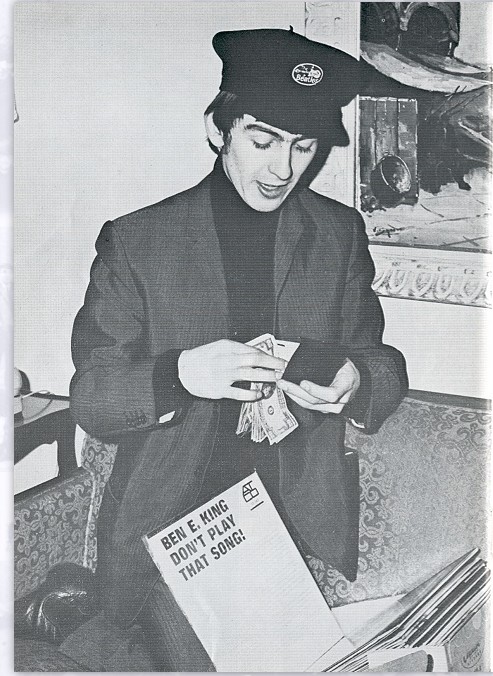 This LP also shows up in a pile of records that John and Paul have in this photo (from the Beatles with Records Part 1).  You can see it just under the copy of The Freewheelin’ Bob Dylan that Paul is holding:

Yet another photo of the lads (below) leaving the USA after their first tour. They purchased a lot of records for their personal collections on that trip – and we’ve seen some of these in previous posts. This is a new one of Paul holding up a copy of Martha and the Vandellas 1963 Heatwave LP:

Any ideas about this photo of Ringo below? It’s been suggested that this is the rear cover of the LP Mary Wells Live on Stage:

And this additional photo of Ringo at the Beatles Green Street flat in 1963 confirms that the record he has underneath The Shirelles (see BWR Part 2  and BWR Part Three) is in fact The Marvelettes – Live on Stage (1963): 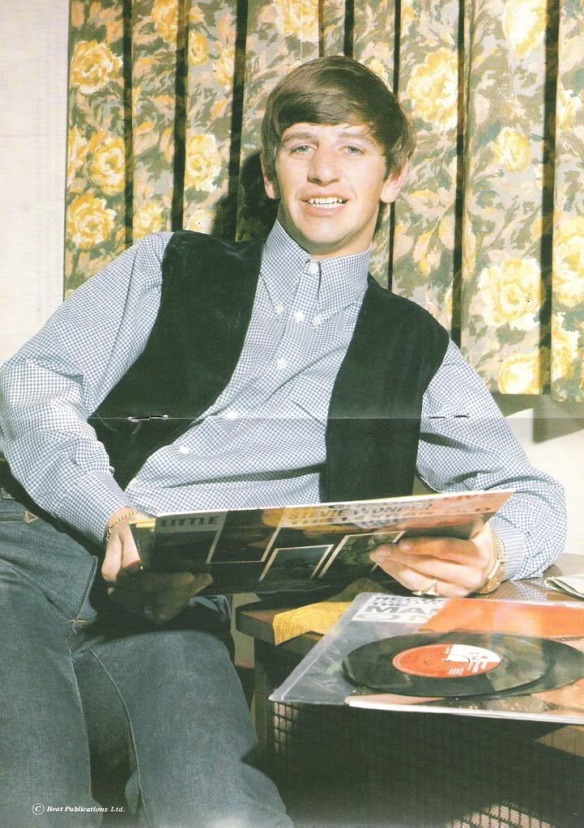 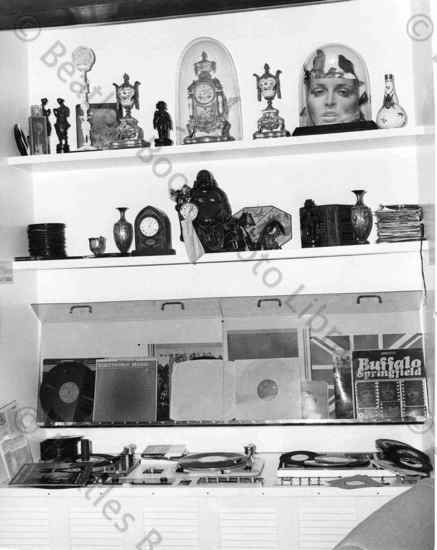 Plus a copy of Electronic Music which we also saw in the Beatles with Records Part Nine: 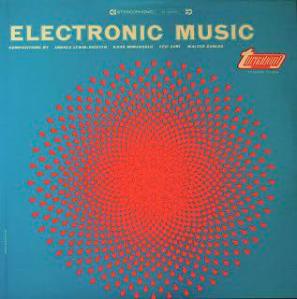 And I reckon you can also see a copy of Sgt Pepper peeking through behind the experimental Electronic Music (click on the photo to enlarge it). It’s odd though because you can see the Shirley Temple doll with the “Welcome the Rolling Stones” sweater, and also what looks like the Mae West cut-out, but they are on the wrong side or reversed to what is the published and very famous original…. Anyone got any thoughts? And can anyone else identify any other titles on the shelf?

Both John and George were obviously fans of Save as Milk (1967) by Captain Beefheart and his Magic Band. How can we tell? They both had the free bumper sticker that came with the album displayed in their houses. In fact, John had two stickers in his home: 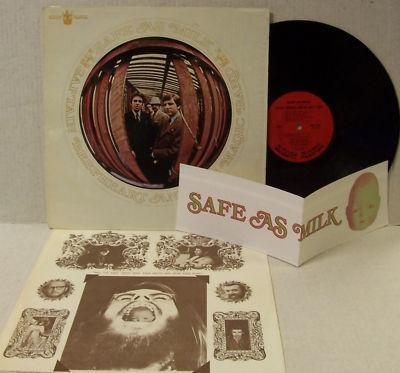 George at Kinfauns (above), John at Weybridge. The original release of Safe As Milk came with a free sticker, as pictured (thanks to Michael Stanowski). 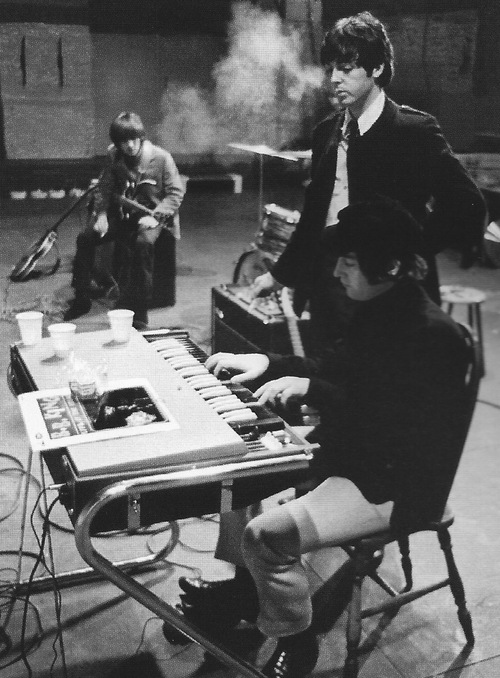